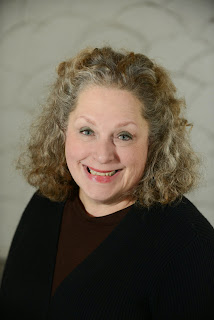 “Golda’s Balcony,” the longest-running one-woman show in Broadway history, is coming to New Orleans this month.

The story of Golda Meir, Israel’s fourth prime minister, the show opens during her most challenging time — the Yom Kippur War, when Egypt and Syria launched a surprise attack against Israel in 1973 while she was prime minister.

The show then diverges to Meir’s impoverished beginnings in Russia, childhood in Milwaukee, her fractured relationship with husband Morris who she insisted follow her to pre-state Palestine. There, she became a national leader.

The play’s title comes from the nickname for an observation area in the Dimona nuclear facility. “Golda’s Balcony” was playwright William Gibson’s second attempt at Meir’s story. Author of “The Miracle Worker,” Gibson wrote “Golda” in 1977 with a much larger cast. It was not a success.

In 2003, the current version debuted and ran for almost 500 performances with Tovah Feldshuh in the title role. In 2006, there was a film version starring Valerie Harper.

“Golda’s Balcony is one of the most beautiful scripts ever written and is a compelling story about an extraordinary woman who, through intelligence and passion, rose to become one of the most important women in the world. It is 90 minutes of history that everyone should see,” said Cassie Steck Worley, executive director of Le Petit Theatre.

Local Historian Howard Hunter described Meir as “the embodiment of the idealism of the West and the Jewish sense of destiny. While it may be fashionable to compare her to other female leaders of the 20th century — Margaret Thatcher, Benazir Bhutto, Corazon Aquino, and Indira Gandhi — Golda Meir was the only world leader of the 20th century who could lay claim to the encomium ‘Founding Mother.’ She was one of a small group of visionaries who turned Israel from an idea to a nation. And, without her drive and commitment, Israel could have remained a historical footnote from 3,000 years ago.”

Directed by New Orleans native Carl Walker, this production stars local talent Clare Moncrief (above left), a 25-year veteran of New Orleans theater who was last seen in Le Petit Theatre’s July production of “Love, Loss and What I Wore.” That show marked the theater’s reopening after being dark for three years.

The theater teams with local non-profits for their productions, and the run of “Golda’s Balcony” will raise funds for Jewish Family Service of Greater New Orleans. The agency is “dedicated to preserving, strengthening and enhancing the well-being and self-sufficiency of individuals and families at every stage of life.”

Ticket prices for the JEF benefit were not announced as of press time.

The Baton Rouge chapter of Hadassah is doing a road trip to see the matinee on Feb. 2.