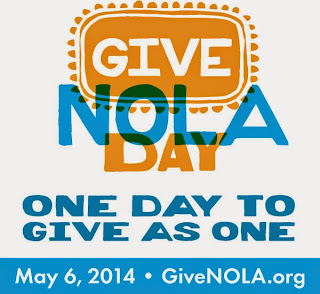 Jewish agencies in New Orleans are participating in GiveNOLA Day, which will be held on May 6. The 24-hour online giving event is organized by the Greater New Orleans Foundation and will involve over 300 local non-profits.

There will be prizes in two categories — raising the most money and attracting the most unique donors. First place is $10,000, second place is $5,000 and third place is $3,000. There will also be $1,000 randomly drawn hourly “Rock Around The Clock” prizes.

The Federation will have a Power Hour from 2 to 3 p.m., during which Federation President Morton Katz will match any gifts made up to $1,000.

Donations are a minimum of $10 and are made online at givenola.org. There is no maximum, and individuals may donate to as many non-profits as they would like. There is an option to contribute anonymously.

A percentage of what is raised that day will be matched through GNOF’s Lagniappe Fund. The money raised by the Foundation for the matching fund will be given to each agency on a proportional basis based on what the agencies raise that day.

The campaign is part of a national effort, Give Local America, which is sponsored by the Council on Foundations and technology partner Kimbia.