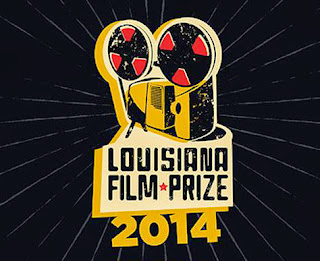 Plans were rolling along for this year’s Louisiana Film Prize, a weekend festival in Shreveport, when the sister of executive director Gregory Kallenberg told him she would not be there this year. She would be at services. Yom Kippur services.

Kallenberg quickly looked at the calendar and discovered that the Film prize was right on top of Yom Kippur.

“There was this incredibly chilling effect that it had on me,” he said.

At that point, the planning was mostly done for the weekend of Oct. 3 — theaters were booked, along with other venues and hotels, and filmmakers were making their plans.

He called Rabbi Jana DeBenedetti of B’nai Zion in Shreveport. Kallenberg said she gave him “this incredible strength” to push for moving the Film Prize and “it was nice having someone behind me” who also was standing up for Yom Kippur.

Still, “sitting in front of a group that had worked for seven months to nail down a date and tell them that… I was certainly nervous of the reaction.”

The next day he sat down with his team and gave “a fairly impassioned speech about who I am,” and the response was “was incredibly inspiring.” There wasn’t any grumbling and “an action plan was put in place immediately” to move the festival to the following weekend.

Kallenberg said last year Yom Kippur was nowhere near the festival, so it never occurred to him that it might fall this late in the year. They also were trying to time the Film Prize so it would occur during the opening weekend of the Red River Revel Arts Festival in Shreveport.

“We just didn’t check the calendar like we should,” he said.

Kallenberg said the Shreveport arts community “bent over backwards to change the date for us.”

Now, the opening night party will be Oct. 9 in conjunction with the Music Prize. Films will be screened on Oct. 10 and 11, with the awards “bruncheon” on Oct. 12.

The Film Prize is a contest for independent filmmakers with just one overriding rule — the film has to be shot in the Shreveport-Bossier City area. Twenty finalists are chosen to show their films at the Film Prize weekend, and the winner receives $50,000, one of the largest short film cash prizes in the country.

Each of the Top 20 finalists receives $500, and this year there will be a $1,000 Best Actor and Best Actress prize. The Top 5 finalists receive a distribution agreement with Shorts International and film festival slots in Dallas, New Orleans and Los Angeles.

The Founders Circle committee also has the discretion to award a $3,000 grant toward shooting another short for next year’s Film Prize to a standout film that does not win the grand prize.

The grand prize winner is selected by an official jury and audience vote. The jury is made up of artists, critics, writers, filmmakers and educators. The jury counts for half, the audience vote is the other half.

Audience members receive a uniquely numbered festival badge, are allowed to vote once and must view all 20 films. Kallenberg said it is important for filmmakers to interact with audiences to help boost their films.

The films, which are 5 to 15 minutes each, are shown in two sessions of 10 videos each. Each session occurs multiple times at four venues, and one’s pass is punched at the end of each session to enable voting.

This year, there were over 100 entries, Kallenberg said. He describes the Film Prize as the “anti-Film Festival” because this is all about the filmmakers.

In the first two years, the Film Prize is estimated to have brought $5 million to the local economy through film production, with about 1,000 cast and crew members involved.

Kallenberg is originally from the area but “I swore I’d never come back.” He received a degree in film from the University of Texas and wrote for publications including Esquire, Texas Monthly and the New York Times.

His breakout film, “Haynesville: A Nation’s Hunt for an Energy Future” discussed the need for a balanced discussion about energy issues, the Rational Middle Energy Series, away from the “shrill extremes.”

It focused on the Haynesville Shale, a region of northwest Louisiana, southwest Arkansas and east Texas which has one of the largest recoverable natural gas reserves in the country, and currently delivers almost 10 percent of all the gas produced in the United States.

The film follows a single mom who is an environmental advocate, an African-American preacher trying to build a Christian school with a gas windfall, and a “country boy” weighing whether to sell his land to an oil company and become a millionaire.

Kallenberg based himself in Shreveport during the filmmaking process and found “the people here are some of the kindest, most giving people I’ve ever dealt with,” and there is “a very sweet spiritual” sense in Louisiana.

He has also found a home in Shreveport’s Jewish community, and while some friends in Austin wonder when he is going back to Texas, “I’ve kind of laid down in the poppies here.”

While the community there is rather small and “we’re not always the most vocal religious group,” the smooth nature of the date change and that the greater community understood why the date was being changed “was very important to me.”