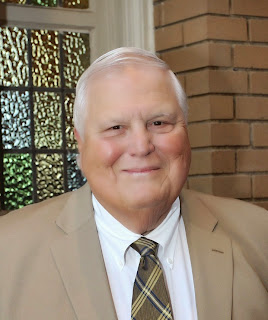 With the decision by University of Alabama at Birmingham President Ray Watts to close down the university’s football program still drawing national attention, a leading booster is calling the decision-making process and explanation into question.

Jimmy Filler said the president’s assertion on ESPN’s Dec. 6 edition of College Gameday that nobody came forward with commitments for additional resources for the program “is not telling the truth.” Watts has said that discontinuing the program was purely a financial decision.

Filler is a long-time leader in Birmingham’s Jewish community. A past president of the Birmingham Jewish Federation, Filler currently heads the Federation’s Next 100 Years long-term endowment initiative that has secured over $40 million in commitments, and he has been the local chair for Israel Bonds for many years.

Gameday aired from Waco, Tex., site of that day’s Baylor-Kansas State game. After the UAB segment aired, one fan held up a poster with the rallying hashtag #FreeUAB, and the Big 12 fans chanted “UAB.”

After weeks of speculation and a couple of days that saw demonstrations on campus, Watts met with the team on Dec. 2 to inform them that this had been the program’s final season. The rifle and bowling teams were also terminated.

Filler responded by saying it was a “sad day for UAB, its students and the city of Birmingham. The university will never be the same. The asterisk has been moved to UAB from Pacific,” the last school at that level to drop football. Pacific ended its program in 1995.

On Oct. 28, Filler had announced the establishment of the UAB Football Foundation to support the team. In the announcement, he said the foundation would work with the administration, business leaders, the city government and the University of Alabama Board of Trustees to raise the program’s profile.

The foundation would ensure UAB students “have a comprehensive college experience which includes a football program that builds tradition and pride in our University and Community.”

The initial announcement pledged to raise funds to build an on-campus practice facility, and was seen as another step toward the program’s rising fortunes. This year, attendance more than doubled to rank fifth among 14 Conference USA teams, and the team became bowl eligible for only the fourth time ever. The team’s only bowl appearance was in 2004.

On Nov. 4, a group of former players called the B Club released a letter to Watts noting the program’s success this year and what football means to other universities, but raised an alarm over a study “being conducted to determine whether to discontinue the UAB Football Program.”

They noted that first-year coach Bill Clark’s contract has not been extended beyond 2016, nor had any non-conference games been scheduled past that time-frame. It is common for teams to commit to non-conference games up to 10 years in advance, and for coaches to receive at least a four-year commitment.

“UAB Football is poised to become Birmingham’s team,” the former players stated, but the program “has never enjoyed the unconditional support from some in powerful positions,” which has affected the program over the years.

Not mentioned in the letter but noted later, when UAB renewed its contract to play at Legion Field this past summer, UAB insisted on a one-year deal.

The university’s team began on the club level in 1991, working its way up to Division I-A, now known as the Football Bowl Subdivision.

UAB is governed by the University of Alabama Board of Trustees, which also oversees the Tuscaloosa and Huntsville campuses. For years there have been suspicions that the board has been trying to kill off UAB football, or at least make it difficult for it to survive.

In 2006, UAB was poised to hire Jimbo Fisher, who is currently pursuing national titles as the head coach of Florida State. The system board blocked the hire, though Fisher’s contract would have been for $600,000 per year, subsidized by UAB boosters. Clark’s contract is $500,000 per year. At Florida State, Fisher now has a base salary of $4.1 million.

In 2011, the board killed a plan for an on-campus stadium. The team played at Legion Field, which with well over 70,000 seats was deemed too large, and because it was not on-campus it was not conducive to pre-game activities.

After the former players openly raised questions last month about what was seen as a “plot to kill UAB football,” neither Watts nor Athletic Director Brian Mackin would say whether the team would play beyond 2016, further fueling speculation. On Nov. 6, Watts said there was a year-long strategic planning study that included a full review of athletic department programs.

Many observers have charged that the study wasn’t about whether the football program could succeed, but how best to shut it down.

Watts insists that the Alabama Board of Trustees had no role in shutting down the program.

An analysis by John Archibald in the Birmingham News showed that UAB’s athletic program is subsidized by about $18 million per year. Student fees are part of the subsidy.

Without subsidies, 36 universities have a larger athletics deficit in terms of percentage, with schools like Rutgers and UNLV losing money at twice the rate of UAB.

The UAB department’s finances rank in the middle of Conference USA’s schools, according to Archibald, and South Alabama, Troy and Alabama State all lost over $10 million on athletics last year. The only university in the state to turn a profit was Alabama’s athletic program, which had expenditures of $112 million.

On Nov. 25, Filler said the foundation would raise about $5 million this year and much more over the next decade, but only if Clark’s contract were extended, opponents were scheduled beyond 2016 and the administration expressed a commitment to support the program at a level that would enable it to compete for conference championships.

Filler said the foundation would be able to raise tens of millions of dollars for capital improvements. “If UAB’s administration makes a genuine commitment to UAB Football, they will have an opportunity like never before to create public-private partnerships,” he said.

But the day before the announcement came, Filler told al.com that in the weeks since he announced the foundation’s formation the university’s administration has not reached out to him once. “It’s a done deal,” he said. “They don’t want me to raise money.”

Harold Ripps, who was honored at this year’s Israel Bonds event in Birmingham, was on board with Filler in committing to the foundation.

Echoing Filler’s charge was Justin Craft, former UAB Letterman Club president, who said Watts never approached any donors regarding funds for the program. Major UAB donor Don Hire also said he was never asked but would have contributed to help keep the football program going. The student-athlete academic center is named for him and his wife.

In terminating the program, Watts said it would cost an additional $49 million to fund UAB football over the next five years, money he said the school does not have. He also said that nobody had “come forward with a commitment of any additional resources.”

A summary released by UAB said philanthropic support to cover that amount would be “unrealistic.” The $49 million that was cited includes capital improvements, such as an indoor practice facility.

Those facilities were the wish list of what coaches said months ago that they would like in order to be competitive. CBS Sports reported that UAB is one of very few schools that have no debt service on facilities.

Despite the elimination of football, UAB will not cut its athletic budget, but will redirect funds to other sports to make them more competitive, the statement said.

With the regular season over, the players’ only hope of wearing the green and gold one more time is to receive a bowl bid. Meanwhile, numerous younger players are being courted by other schools looking to add talent to their rosters.