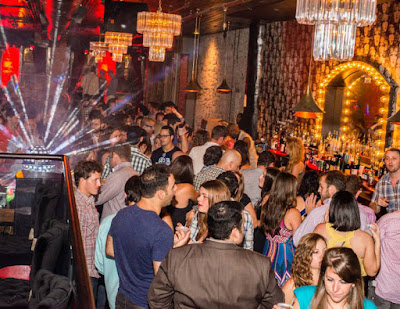 Jewish singles have their pick of two upcoming regional weekends, as The Chosen Weekend returns to Austin on July 17, and the Bluff City Bash debuts in Memphis on Aug. 28.

After over 250 people attended last year, this year’s organizers expect over 350. The Chosen Weekend is an independent event hosted by an Austin-based committee of community members. Co-chairs of this year’s event are Samantha Tugentman and Leza Abramov.

The weekend’s events will all take place at venues throughout downtown Austin. The weekend kicks off with a Shabbat dinner in a hip downtown restaurant, followed by an after party. A Saturday afternoon pool party is followed by a “Party of 8 Dinner,” where participants are matched into groups of eight to meet more people from other cities with similar interests.

The Chosen Night Party is the crown jewel of the weekend and features an open bar, DJ, dancing, prizes, and networking.

Attendees can pick and choose which events they want to buy tickets to based on their particular interests.

The Memphis event was aimed toward Jewish singles ages 21 to 39 in Southern communities, but has been opened to New York and Los Angeles “by popular demand.” After a Shabbat dinner of Corky’s barbecue, there will be late-night socializing downtown.

On Aug. 29, there is a catered brunch at a South Main Historic Art District gallery, followed by free time to explore Memphis attractions. That evening there is a party at an underground club, and a farewell breakfast on Aug. 30.

Registration for the weekend is $50. For more information, visit here.