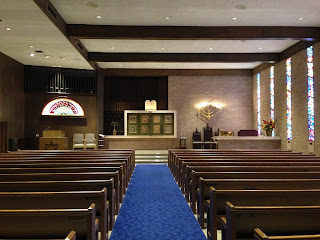 This week’s must-read: An Imam who is founding director of Duke University’s Center for Muslim Life established the Muslim Leadership Initiative, which is now in its third year. Class members are American Muslim leaders who agree to study about Judaism, Zionism and Israel for one year, including a visit to Israel and the Shalom Hartman Institute, in an effort to better engage the Jewish community in dialogue and understand — but not necessarily agree with — the Jewish perspective on the Middle East.

Mississippi State Hillel is hosting a golf tournament to raise funds for the Jewish student organization. The Sept. 20 event will be at the Mississippi State golf course. Registration is $50 per player or $100 per team. Sponsorships are available starting at $75. The Hillel was founded in 2010 and seeks to grow Jewish life at the Starkville campus.

A “disturbed” 20-year-old Jewish man from Jacksonville, Fla., was indicted for claiming to be an Australian Jihadist who planned to blow up the Sept. 11 memorial in Kansas City.

The Declare Your Freedom festival, an on-campus Zionist showcase that began at the University of New Orleans and Tulane, and has spread to Central Florida and Indiana, is online with its crowdfunding effort for next year. Last year’s festival featured Matisyahu and drew 1500 at Tulane, and was cited by anti-Israel activists in the attempt to bar Matisyahu from a Spanish music festival last month.

The annual Taste of Jewish Memphis recruitment weekend will be Oct. 15 to 18.

The Jerusalem Post Magazine has a lengthy feature on the Galveston Movement, the immigration of Jews from Russia to the United States through Texas until 1914. Many wound up in Louisiana.

Texas judge rules lawsuit can proceed against county where commissioners would not hire peace officers who were not Baptists.

Auburn Hillel will host the Mississippi State Hillel at a tailgate before the Sept. 26 football game.

The Memphis Jewish Home is planning a “possible” major expansion.

Jews from El Paso, Juarez and southern New Mexico met at the international border for Shofar Across Borders in preparation for the High Holy Days.

Tuscaloosa’s Temple Emanu-El will dedicate a community Holocaust Torah on Sept. 20 at 2 p.m. The Torah is one of the 1,600 that were stockpiled by the Nazis in Prague, and are now being distributed worldwide by the Westminster Synagogue in London. A reception will follow at the Bloom Hillel House.

Birmingham’s Bais Ariel Chabad Center will dedicate a Torah in memory of Brian Grodner on Sept. 20 at 5 p.m. The ceremony will start with the dedication and dancing, followed by dinner and children’s activities. The community is invited.

On Sept. 20, Cantor Harvey Bordowitz will present “The Jewish Soul,” Jewish music from classic to Klezmer, at Birmingham’s Temple Beth-El. The 4 p.m. concert is open to the community. Bordowitz moved to Israel in 1976 and was founding music director and conductor of the Herzliya Chamber Orchestra. He lectures widely on a wide range of musical topics.

Alabama Hillel will have a Pizza and Steel City Pops Shabbat to welcome the first home game weekend, Sept. 11 at 5:30 p.m.

Springhill Avenue Temple in Mobile will have a “Meet the Rabbi” Shabbat on Sept. 11, so congregants can get to know Rabbi Dana Kaplan, who is serving as interim rabbi this year. There will be a special religious school session at 5 p.m. and services at 6 p.m.

Birmingham’s Levite Jewish Community Center introduced J Explorers, a new series of programs for children ages 5 and under. Classes run one month at a time so children can explore many new activities and find their passion. Sample classes include Spanish, dance, art, chess and more. Explorers runs from Sept. 7 to May 27.

Rosh Hashanah will be a new beginning for Pensacola’s Temple Beth-El, as it will be the first service held in the newly-renovated sanctuary. The congregation is currently in the middle of an extensive renovation that is linking its main and education buildings. Work will continue, but the sanctuary is expected to be completed in time for the Sept. 13 service.

The Jewish Federation of Greater New Orleans and the Jewish Endowment Foundation of Louisiana will hold their 102nd Annual Meeting on Sept. 17 at 7 p.m. at the Uptown Jewish Community Center, with a pre-reception at 6:30 p.m. featuring wine and kosher hors d’oeuvres. Edward Soll will be installed as Federation president, and officers and board members will be elected. Julie Schwartz and Dr. Julius Levy, Jr. will receive the Anne Goldsmith Hanaw and J. Jerome Hanaw Tikkun Olam Award for Campaign Excellence, which honors the man and woman whose volunteer work on behalf of the Federation’s Annual Campaign best exemplifies the concept of tikkun olam. The 2015 Herbert J. and Margot Garon Young Leadership Award recipient is Joshua Rubenstein.

The Jewish Community Relations Council will be discussing new collaborative initiatives with the Urban League of Greater New Orleans and Archdiocese of New Orleans at a Sept. 24 program. The discussion will be about the need for greater community relations in the wake of violence and blind hatred as exemplified in Ferguson and Charleston, among other recent events. The event will be at the Uptown JCC at 7 p.m.

B’nai Zion in Shreveport will dedicate its donor wall of plaques to honor those who contributed to the recent sanctuary renovation, during the 6 p.m. service on Sept. 11. A special oneg will follow.

Pulitzer Prize-winner David Kertzer will present “The Pope and Mussolini: The Secret History of Pius XI and the Rise of Fascism in Europe,” the story of Pope Pius XI’s secret dealings with Italian dictator Benito Mussolini, enabling him to stay in power during World War II. The lecture will be on Sept. 17 at 6 p.m. at the National World War II Museum in New Orleans, with a reception at 5 p.m. and a question and answer session with book signing at 7 p.m. Reservations are required. For those who cannot attend, the event will be live-streamed online.

The first Kosher Red Beans and Rice cookoff is in the books, and New Orleans Hadassah won the contest, which was held on Sept. 7 at Torah Academy in Metairie.

JewCCY will have a Rosh Hashanah opportunity for teens, Sept. 14 at 3:45 p.m. at Audubon Park. There will be “food, fun and forgiveness” and all in grades 6 to 12 are welcome. The group will meet at the St. Charles entrance.

On Sept. 18, Temple Sinai in New Orleans will have “A Look Back, A Look Ahead,” as past president Sheila Gold interviews Rabbi Edward Cohn about his years at Temple Sinai. Congregants will also be able to ask questions. Cohn has been at Temple Sinai for 28 years and will be retiring next year. The service will be at 6:15 p.m. An April 9, 2016 date has been announced for Gala 2016, which will honor Cohn.

Chabad in Metairie is holding a community Rosh Hashanah dinner, Sept. 13 at 8 p.m.

Shir Chadash will have its Uptown service on Sept. 11 at 6:30 p.m. Contact the office for details.

The Threefoot Preservation Society will have a workday on the historic Meridian building, Sept. 12 from 8 a.m. to noon. Volunteers should go to the Community Bank on 22nd Avenue to fill out a “Threefoot Waiver.”