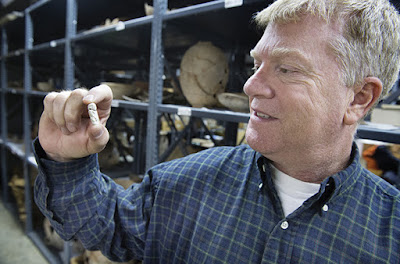 Mississippi State University is hosting a program on the university’s recent archeological work in Israel.

“Khirbet Summeily and Its Significance for Understanding the Kingdoms of David and Solomon” will be held Feb. 19 and 20.

The program is co-sponsored by the Cobb Institute of Archaeology, the Department of Anthropology and Middle Eastern Cultures and the College of Arts and Sciences. The program is free and open to the public.

Recent discoveries from Mississippi State’s excavations at Khirbet Summeily, located in the northern Negev desert, will be discussed, along with their significance for understanding the formation of Iron Age kingdoms in the southern Levant.

According to the institute, this is one of the most debated topics in Near Eastern archaeology.

Perspectives will be given by archaeologists, Biblical scholars, historians and epigraphers.

The conference begins at 4 p.m. on Feb. 19 with a reception at the Cobb Institute. At 5:15 p.m., Zvi Lenderman, director of the Tell Beth Shemesh Excavations, will speak on “A Late Bronze Age Palace at Tell Beth Shemesh: A queen/King and the Amarna Letters,” at Harned Hall, room 102.

A workshop will start at 1:30 p.m., with the location either in Harned Hall or the Cobb Institute. There will be seven presentations, with James Hardin of Mississippi State summing up with “Iron Age Khirbet Summeily in Context.”

In 2014, the Mississippi State team announced the discovery of six official clay seals that they say support the historical existence of Kings David and Solomon.

“Our preliminary results indicated that this site is integrated into a political entity that is typified by elite activities, suggesting that a state was already being formed in the 10th century B.C.,” Hardin said. “We are very positive that these bullae are associated with the Iron Age IIA, which we date to the 10th century B.C., and which lends general support to the historical veracity of David and Solomon as recorded in the Hebrew biblical texts.

“These appear to be the only known examples of bullae from the 10th century, making this discovery unique,” he said.