From Texas to Israel, with laughs: Benji Lovitt to perform in Mobile, Tuscaloosa 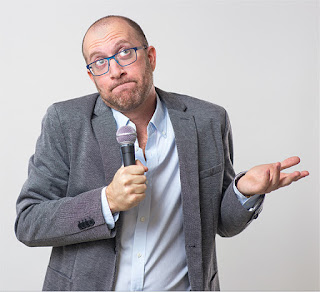 Israeli comedian Benji Lovitt will make two stops in Alabama during his upcoming tour, performing in Mobile and Tuscaloosa.

A graduate of the University of Texas, Lovitt made aliyah in 2006. Since then, he has performed for audiences around the world including Hillels, Birthright Israel, and Jewish Federations. His perspectives on life in Israel have been featured on Israeli television and radio and in publications such as USA Today, Time Magazine, Huffington Post, the Times of Israel, and more.

During 2014’s Operation Protective Edge in Gaza, his humorous observations on the war led to his being called in Israel “the only reason to go on Facebook.”

A Dallas native, Lovitt went to Israel on a Young Judaea trip at age 15. Following high school he spent nine months on a kibbutz. He said he started going to comedy clubs in Austin after his 21st birthday, and describes it as “feeling like the teenage girls watching The Beatles on “The Ed Sullivan Show.” I may not have been screaming but I was just in total awe of them.”

He felt a pull to the stage, assembled a few minutes of material, practiced for a week before his first appearance, and “the rest is history.”

He worked in the dot-com sector after college, but felt a pull to Israel. He wound up getting a position at the Israeli Consulate in Atlanta, moved to New York to work with Young Judaea on summer programs, then moved to Israel.

After a few months in Israel, he started doing comedy routines and set up a website, What War Zone, to show daily life in Israel to those whose only information comes from media coverage of conflicts.

Lovitt will be at Ahavas Chesed in Mobile on March 6 at 7 p.m.

His Tuscaloosa performance will be at the University of Alabama Hillel, March 8. There will be a “stand-up” dinner at 6:30 p.m. and the show will be at 7 p.m. After the performance, Lovitt will hang around for questions and further dialogue. The dinner is free for students, while other community members will be asked for a small donation to support Hillel programming.

Lovitt said he is excited to return to Alabama, though he often doesn’t get a chance to see much of the places where he performs. Regarding the Tuscaloosa show, “As a graduate of a big school, I enjoy seeing other big state schools and how they compare. And it’s a bonus to see small Jewish communities and feel like I’m giving them something they don’t get every other day, as opposed to a place like New York where there’s a smorgasbord of Jewish activities to choose from every day.”

Though much is made of an increasingly hostile environment on U.S. college campuses regarding Israel, Lovitt said he hasn’t had any negative experiences yet. “I was actually told recently that some non-Jews came to a show of mine 5 years ago in California and were prepared to ‘protest’ or show some kind of dissent but couldn’t figure out what I was talking about or where to interject.”

He says he doesn’t talk politics, “so there’s nothing to protest.”