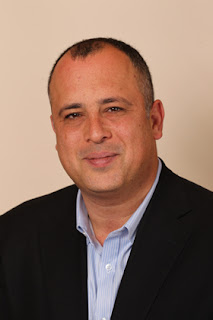 Yehiel “Hilik” Bar, the Deputy Speaker of the Knesset, will be the headlining speaker at an Alabama-Israel Leadership Gala, April 9 in the Decatur area.

Bar, who is also scheduled to address a joint session of the Alabama Legislature, is the highest-ranking Israeli government official to visit Alabama, though there have been visits to the state by officials who later went on to become prime minister.

The Alabama-Israel Task Force and the Israel Leadership Institute in Sderot are coordinating the gala, which will support the Alabama-Israel Emergency Preparedness Disaster Response Initiative with ILI.

The gala is planned as an evening of celebration for the friendship between Alabama and Israel, which dates back to 1943, when the Alabama Legislature unanimously passed a resolution calling for the establishment of a Jewish homeland, five years before Israel declared independence.

During the event, there will be an Israel Leadership Awards presentation to State Sen. Arthur Orr and Rep. Victor Gaston, speaker pro tem, for their recent efforts in a resolution that condemned the anti-Israel boycott movement and unanimously reiterated Alabama’s support for Israel. The resolution was signed by Governor Robert Bentley in February.

Pastor David Nelson of the Rock Family Worship Center and Richard Brooks, president of the Jewish Federation of Huntsville and North Alabama and former president of Temple B’nai Sholom, will also be honored.

The partnership between ILI and the Alabama-Israel Task Force began in 2013 to bring a deeper involvement of Alabama leaders in promoting a stronger relationship between the two states. They have been conducting cross-leadership training programs for the benefit of Alabama and Israel.

Tickets to the gala are $100. The 7 p.m. program includes kosher heavy hors d’oeuvres and dessert, and photo opportunities with the Israeli dignitaries will start at 6 p.m. Tickets are available through aitf-web.org.

The event will be at The Epicenter on Calvary Blvd. in Tanner. It is one mile west of the Interstate 65 and 565 interchange west of Huntsville, on the south side of Highway 20.

A member of the opposition Zionist Union party and secretary general of the Labor Party, Bar heads the Knesset caucus promoting two states for two peoples.

Bar said “I am very excited to be the highest ranking Israeli leader to ever visit Alabama, and am anxious to meet the people of this state, that has been a great friend of Israel.”

A program with Bar in Birmingham is also being discussed.