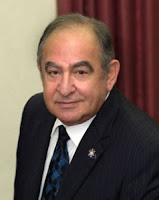 The Sheriff of Iberia Parish in Southern Louisiana reportedly was taped making anti-Semitic threats regarding a federal prosecutor assigned to a case against him.

Sheriff Louis Ackal was charged on March 9 with “civil rights violations arising out of the beatings of five pre-trial detainees at the Iberia Parish Jail (IPJ) on April 29, 2011,” according to Department of Justice filings.

“The indictment alleges that Ackal and (Lieutenant Colonel Gerald) Savoy conspired with each other and with other officers to assault five inmates… and that members of the conspiracy failed to intervene and stop the assaults.”

On June 9, the Department of Justice indicted Ackal and two others with civil rights violations in the beatings of two men. It charged him “with one count of conspiracy against rights for conspiring in the spring of 2014 to assault a man who had been arrested on battery charges for allegedly assaulting one of Ackal’s relatives.”

According to court documents filed on June 29, Ackal apparently referred to Mark Blumberg, a Justice Department lawyer from Washington who met with Ackal, a “sorry son-of-a-bitch Jew bastard” and said Blumberg had threatened to throw him “to a federal pen” if he did not cooperate.

In a secretly-recorded conversation referenced in the filing, Ackal recalled mention of a possible deal for information by saying he told prosecutors the only thing he would give them was to “f-ing shoot you right between your g-d-ed Jewish eyes, look-like-opossum bastard.”

The meeting with prosecutors took place before the March 9 indictment. The recorded conversations were apparently provided by an “unsolicited informant” and are thought to be from mid-March. The tapes were turned over in late April.

The transcripts led to the Department of Justice seeking more limits on Ackal while he awaits trial. Currently, the only major condition is that he not possess a firearm.

Ackal faces a maximum sentence of 10 years in prison and $250,000 fine for each violation. The trial is scheduled to start on Oct. 31.

As of July 1, Ackal’s attorney, John McLindon, said he had not received a copy of the recordings and would not comment until he does, but is curious as to their origin.