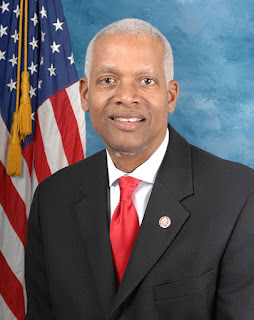 Georgia Rep. Hank Johnson has apologized for comments made at a Middle East panel on July 25 where he referred to Israeli settlements in the territories as “like termites that can get into a residence and eat it up.”

The comment was made as part of a roundtable called “Progressive for Palestine: Is the U.S. Ready to Rethink Policy on Israel,” sponsored by the American Friends Service Committee and the U.S. Campaign to End the Israeli Occupation, both of which promote the boycott-Israel movement. It was held in conjunction with the opening of the Democratic National Convention in Philadelphia.

At the panel, he also charged that “Jewish people” claim Palestinian homes if someone does not spend a night there. “The home their ancestors lived in for generations becomes an Israeli home and a flag goes up.”

Johnson is in his fifth term in Congress and serves on the House Armed Services Committee.

After the remarks were reported, Johnson tweeted to ADL that he had made a “poor choice of words” and wrote “apologies for offense,” but “point is settlement activity continues slowly undermine 2-state solution.”

The ADL tweeted back that they “appreciate @RepHankJohnson’s clarification here” but ADL Executive Director Jonathan Greenblatt tweeted that “no ‘point’ justifies referring to human beings in such an abhorrent, inappropriate manner.”

David Wolpe, senior rabbi of Sinai Temple in Los Angeles, said in Time magazine that it wasn’t an apology, just an expression of regret that some were offended by the remark. He noted that the Nazis had classified people as vermin to be exterminated, so the termite analogy is “base and vile.”

As an example, Wolpe said if anyone tried to claim that Black Lives Matter is like a termite undermining American democracy, “the outcry would be long and loud, and entirely justified.”

On July 26, at a panel outside the Democratic National Convention, Johnson clarified and apologized further. “We must work to promote policies that support a two-state solution and encourage trust between both sides,” he said.

The statement said Johnson “regrets the misinterpretation of his comments. He did not intend to insult or speak derogatorily of the Israelis or the Jewish people. When using the metaphor of termites, the Congressman was referring to the corrosive process, not the people.”

Restating his tweet, he said “Poor choice of words — I meant no offense. The point is settlement activity has slowly and deliberately undermined Palestinian land claims.”

Wolpe tweeted that Johnson “reached out to me & offered a full apology for the language, the imagery and the hurt he caused. He was very gracious.”

Dov Wilker, Atlanta regional director of the American Jewish Committee, said that apology or not, “we are still concerned about his rhetoric.”

Though in the past he had traveled to Israel with AIPAC and J Street, in May he was “in Palestine” and noticed a growing “sense of hopelessness” among Palestinians.

J Street, whose PAC is supporting Johnson’s reelection, welcomed his clarification and blasted the Free Beacon for “irresponsible headline writing designed to stir controversy” and advance “their political agenda.”

Ironically, Johnson was elected in 2006 as an antidote to Rep. Cynthia McKinney, who had made a series of embarrassing statements while in Congress, many of which were anti-Israel.

Just two days before Johnson’s remark, McKinney was touting an online video that purported to show that Israel, not Islamic extremists, was behind the recent terror attacks in Nice and Munich.