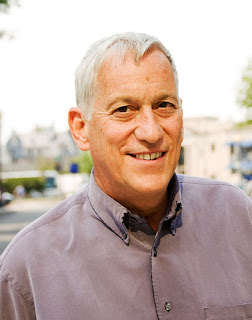 The South-Central Region office of the Anti-Defamation League announced that Walter Isaacson and Carroll Suggs will be honored at this year’s A.I. Botnick Torch of Liberty Awards event.

“Award recipients are people who care not just about themselves today, but about the children and grandchildren of tomorrow,” said Jonathan Lake, ADL South-Central Regional board chair. “They care about the greater good and translate that caring into action, they strive to build a brighter future in which all people share the fruits of democracy.”

Isaacson and Suggs “have touched all corners of our community,” said Allison Padilla-Goodman, ADL South-Central regional director. “They lead through grand visions of our community’s possibilities, and then work steadfastly to bring these dreams to life. They make New Orleans a better place for everyone, and they live the values ADL holds dear: inclusivity, acceptance, standing up for others, and speaking out for what’s right.”

Isaacson is a graduate of Isidore Newman School who began his career at the New Orleans Times-Picayune and is now moving back his beloved New Orleans.

Isaacson is president and CEO of the Aspen Institute, a nonpartisan educational and policy studies institute. He also is the author of several widely acclaimed books including “The Innovators: How a Group of Hackers, Geniuses, and Geeks Created the Digital Revolution,” “Steve Jobs,” “Einstein: His Life and Universe,” “Benjamin Franklin: An American Life” and others.

After his time at the Times Picayune, Isaacson served as the CEO of CNN and the editor of Time magazine. He also has held many important government roles, including vice-chair of the Louisiana Recovery Authority, member of the New Orleans Tricentennial Commission, chairman of the Broadcasting Board of Governors, and chairman of the U.S.-Palestinian Partnership venture capital fund. He is chair emeritus of Teach for America and sits on several boards, including United Airlines, Tulane University, the Overseers of Harvard University, Bloomberg Philanthropies, the Society of American Historians, the Carnegie Institution for Science and My Brother’s Keeper Alliance.

Her awards include many related to public safety and the military, entrepreneurship and business leadership, and she has been recognized as a role model. In addition to her long history of civic engagement, Suggs successfully led Petroleum Helicopters Inc., a company providing worldwide helicopter transportation and emergency medical services to the offshore oil and gas industry, government agencies, and other institutions.

Suggs is an alumna of Louise S. McGehee School and Louisiana State University.

Based in New Orleans, the ADL South-Central region covers Louisiana, Arkansas and Mississippi.