Showing support: Rallying around Jewish communities in the face of threats 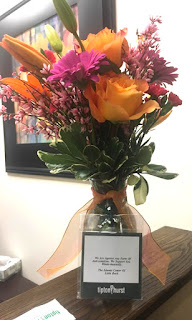 With over 100 threats against Jewish Community Centers and Jewish schools in the last two months, many communities are rallying with their neighbors, and in many communities, local Muslims are making sure their voices are heard.

Days after the Levite Jewish Community Center in Birmingham received its second bomb threat, Faith in Action Alabama and Greater Birmingham Ministries organized a solidarity event outside the LJCC’s main entrance on Feb. 24. About 15 clergy members, Christian, Muslim and Jewish, stood in a semi-circle before a diverse crowd of about 300.

Dave Barnhart of St. Junia United Methodist Church said the gathering was to show “a commitment to creating a city and a world where we can practice our faiths in peace.”

Imam Sameh Asai of the Hoover Crescent Islamic Center said he was there “to show the respect of the Muslim community to our brothers and sisters of the Jewish faith.”

Concluding his remarks so he could rush off to lead Friday prayers, Asai told the Jewish community “you are not alone. Your Muslim brothers and sisters in the community are always here for you and standing with you.”

Dale Cohen of Canterbury United Methodist Church and Dollie Oankey of St. James Christian Methodist Episcopal offered prayers for peace and unity, and Kurt Clark of Sardis Missionary Baptist Church said the crowd was “perhaps one of the most beautiful things I have seen all year.”

Angie Wright of Greater Birmingham Ministries urged those in attendance to demonstrate love, even to the haters.

Betzy Lynch, executive director of the LJCC, thanked the crowd and said “caring for other human beings cuts to the core of who we are as an organization, as a Jewish people and as people of faith.”

Saying the community feels and embraces the support of neighbors, Lynch concluded, “hate has no home here.”

The two organizations held another event outside the Hoover Crescent Islamic Center on March 3, this time having those in attendance offer brief prayers.
The Muslim community in Birmingham also sent flowers to the LJCC as an expression of solidarity.

South Highlands Presbyterian Church, across from Temple Emanu-El in Birmingham, is exploring the concept of neighbors during Lenten season. On March 8, Emanu-El Rabbi Jonathan Miller will be the speaker, and the community is invited. The dinner, which includes table discussions and reflections on life experiences, will start at 5:30 p.m., and the Lenten service will be at 6:30 p.m.

On Feb. 28, Maytown Baptist Church near Birmingham hosted a Christians United for Israel minister’s luncheon. During the event, CUFI Regional Director Lyndon Allen of Nashville offered a prayer for the protection of Birmingham’s Jewish community.

But a community doesn’t need to have a Jewish Community Center or have had any incident recently to feel the love.

Rabbi Barry Block said that though the Little Rock Jewish community has not received any threats, Imam Mahmoud Al-Denay Hassanein said they were disturbed by what happened to the Jewish cemetery near St. Louis. “We condemn this barbaric act that none of the religions could tolerate,” and on behalf of the Muslims of Little Rock was sending the flowers “just to show our love and support.”

Temple Beth-El in Pensacola received a similar floral gift, with a card from “your North Hill neighbors” stating “You are welcome here” on the outside.

Temple B’nai Israel in Panama City was invited to a solidarity lunch by the Bay County Islamic Society, on March 12 at 2:30 p.m. Alia Adhal invited the Panama City Jewish community, saying “We want to recognize your efforts to reach out to us and support us during these challenging days. Additionally, we want your community to know that we are here for you, as you have demonstrated you are here for us.”

A Jewish-Muslim women’s group has been meeting in Panama City for several months.

In Tallahasee, Muslim Student Associations at Florida State University and Florida A&M sent flowers to the Chabad and Hillel at Florida State and to the community’s two synagogues. Temple Israel displayed the flowers at Shabbat services on Feb. 24.

A card with the flowers said “we wanted to make sure you know that you are not alone. In times of great division, it is important that we stand together in unity so we hope that these flowers can be seen as a symbol of our solidarity” and was signed by Florida State MSA President Moneba Anees and Tariq Siddeeq of Florida A&M’s MSA.

In December, Tallahassee’s Shomrei Torah had received a “hate-filled” letter in its mailbox.

The Islamic Center of Longview, Tex., left a message on the voicemail of Congregation Beth El in Tyler, expressing solidarity and assistance if needed. The previous weekend, Beth El planted a magnolia tree at the East Texas Islamic Society in Tyler.