New Louisiana Community Mikvah in the works in New Orleans 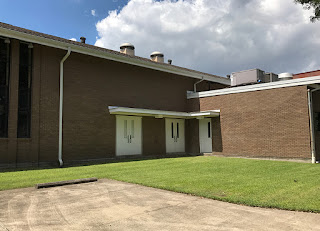 In the coming months, construction may finally begin on a long-anticipated project in the New Orleans area — a community mikvah.

The Louisiana Community Mikvah is a joint project of all 10 synagogues in the New Orleans and Baton Rouge areas, from Reform to Chabad.

Bobby Garon, who is chairing the project, said Rabbi Uri Topolosky, who was rabbi at Beth Israel from 2007 to 2013, was really the one who launched the project through the Rabbinic Council.

There was a community mikvah at Beth Israel’s Lakeview building before Katrina. When the levees broke, Beth Israel had over 10 feet of water, rendering the building unusable.

After the storm, those needing a mikvah for conversion or other purposes traveled to Houston, which Topolosky pointed out was “impractical in the long run.”

Beth Israel’s new building in Metairie did not include a mikvah, so members of the community approached the Rabbinic Council to spearhead the project.

In a paper documenting the project and arguing for its completion, Topolosky said “the country’s economic downturn, and the overwhelming needs of already existing projects looming in the Jewish community slowed interest in a new mikvah.”

Chabad also addressed part of the need with the opening of Mikvah Chaya Mushka in 2010. Originally built in 1989, the new Chabad mikvah is located in the RINGGER Women’s Center and is for women to use.

The community proposal was soon picked back up, and about three years ago the Jewish Federation of Greater New Orleans was approached to help the project reach “critical mass.”

Garon said the community mikvah will be available for anyone affiliated with any of the congregations in Greater New Orleans or Baton Rouge.

For those elsewhere in Louisiana who want to use the mikvah, Garon said a connection should be made through their local rabbi.

Topolosky wrote that the “explicit intention” is “to create a mikvah open to any Jew, or those becoming Jewish, for any immersion purpose.” The construction and maintenance of the facility would be to a standard acceptable to all congregations.

Land for the mikvah is being donated by Shir Chadash, and the freestanding building will be behind the Conservative congregation, in what is now a grassy area next to the alley.

The Oscar J. Tolmas Trust provided a “significant gift” as seed money for the project, and the Tolmas name will be on the building. About three-fourths of the fundraising goal has been achieved through a “soft solicitation.”

As they near the goal, Garon said they are embarking on finding an architect and designer, and they hope to break ground by the end of the year.

He noted that Rabbi Yossi Nemes of the Chabad Center in Metairie has been “extremely supportive” and is advising on the halachic aspects of the mikvah’s construction.

The mikvah is a ritual purification pool that is filled from natural water, such as stored rain water. Women traditionally use it for purification each month, and many men and women use it prior to a wedding or any other time they desire a spiritual boost. Among the non-Orthodox, the most common use is for conversion to Judaism, though more women are rediscovering the mikvah. The Conservative movement requires mikvah as part of conversion, and in 2001 it was recommended by the Reform movement.

A mikvah facility includes private changing rooms and bathing facilities, as one submerges entirely in the mikvah with no clothing, makeup or anything else that gets between the body and the water.

Other contemporary uses, Topolosky noted, include “to mark a year of cancer remission; each month of sobriety; the end of a relationship; a move to a new home; the transition of a Hospice worker after a client dies; a year of mourning; the start of a new job; a divorce settlement; a birthday; or a personal prayer during the ninth month of pregnancy.”

Other mikvahs in the area include Chabad, Knesseth Israel and Temple Beth-El in Birmingham, and Agudath Israel-Etz Ahayem in Montgomery. Achdut Israel in Panama City Beach opened its mikvah in February 2014.