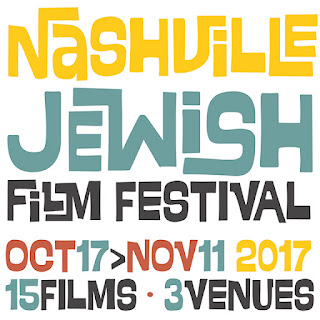 The Nashville Jewish Film Festival has announced its 17th season schedule, with 15 films being shown over a four-week period at The Belcourt Theater, the AMC Bellevue 12 Theater and the Gordon Jewish Community Center.

The festival starts on Oct. 17 at 7:30 p.m. at the Belcourt with “Loving Henri,” a documentary about Henri Landwerth. Trying to escape the memories of the Holocaust, he established Give Kids the World, which provides week-long vacations to children with life-threatening illnesses. Director Allan Black and Producer David Haspel, a New Orleans native, will speak.

“Harmonia,” a Jerusalem Philharmonic adaptation of the story of Abraham, Sarah and Hagar, will be screened on Oct, 19 at 7 p.m at the Belcourt. Cantor Sarah Levine will be the special guest.

On Oct. 21 at 7 p.m. at Bellevue, “Bye Bye Germany” is a humor-laced dramedy about a group of Holocaust survivors raising funds to get to America, any way they can.

At 9 p.m., “The 90 Minute War” is a satire that takes the Middle East conflict down to a winner take all soccer match between Israel and the Palestinians, with the loser having to leave.

On Oct. 23 at 12:15 p.m., the award-winning “The Women’s Balcony” depicts a congregation that rebuilds when a balcony falls during a Bar Mitzvah, but the new rabbi’s fundamentalist ways divide the men and women in many ways. Rabbi Shana Mackler of The Temple will speak. The screening is at the Belcourt.

“Fanny’s Journey,” Oct. 24 at 7 p.m. at the Belcourt, is based on the real-life group of children led by 13-year-old Fanny Ben Ami, who went from Italy to Switzerland by themselves when the Nazis arrived in Italy.

“The History of Love,” Oct. 26 at 7 p.m. at the Belcourt, will be introduced by Allison Schachter of Vanderbilt University. Based on the award-winning Nicole Krauss novel, it is a twisting tale of love, fate and romance.

On Oct. 28 at the Bellevue at 7 p.m., “The Kind Words” is a humorous melodrama that explores what is really a family. It was nominated for 12 Israeli film awards.

Directors Sheila Canavan and Michael Chandler will be on hand for the Oct. 30 screening of “Compared to What: The Improbable Journey of Barney Frank.” Frank was a polarizing and revolutionary Jewish member of Congress who shaped the debate around progressive values and gay rights. The 7 p.m. screening will be at the Belcourt.

“Keep Quiet,” on Nov. 1 at 7 p.m. at the Belcourt, is a new documentary about Csanad Szegedi, a Hungarian politician known for Holocaust denial and dehumanizing Jews. He later discovers a long-held family secret — his mother’s parents were not only Jews, but Holocaust survivors. Professor Shaul Kelner of Vanderbilt will speak.

“Scandal in Ivansk” on Nov. 2 at 12:15 p.m. at the Gordon JCC is about the descendants of Ivansk, Poland, who restore the town cemetery and commission a plaque. The inclusion of the word “collaborator” unleashes a national scandal. Steven Reece, founder of the Matzevah Foundation, will speak. Reece is an ordained Baptist minister, and the Atlanta-based foundation grew out of a relationship between Baptists and the Jewish community of Poland, in a joint effort to restore Jewish cemeteries.

At 7 p.m. on Nov. 2, “Body and Soul” screens at the Belcourt. It explores the musical relationship between Jewish and African-American composers, through the song “Body and Soul,” composed by Jewish songwriter Johnny Green, introduced on Broadway by Jewish singer Libby Holman and first recorded by the legendary New Orleanian Louis Armstrong. H. Beecher Hicks, president of the National Museum of African-American History, will speak.

Hollywood star Hedy Lamarr was regarded as the most beautiful woman in the world. She had another, less-known element, explored in “Bombshell: The Hedy Lamarr Story.” An inventor, she developed a secret communication system that helped the Allies beat the Nazis, and is the basis for Wi-Fi and Bluetooth. The film will be at the Belcourt on Nov. 7 at 7 p.m., with Denise Loder DeLuca, daughter of Lamarr.

The closing night deli dinner at the Gordon JCC will feature “The Exception,” with Christopher Plummer as the exiled Kaiser Wilheim II, who finds himself drawn into helping a clandestine romance between Nazi Captain Stephen Brandt and a chambermaid with a secret identity. The Nov. 11 screening will be at 8 p.m. and is for mature audiences. The dinner is at 6:30 p.m.

Festival information can be found here. Tickets are $12, $8 for students and seniors. A festival pass is $150.