What To Get The Agency That Does Everything 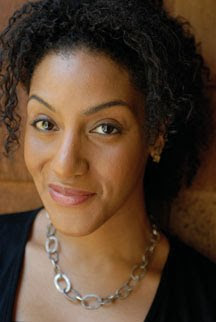 The family of Judy Abroms is having an 80th birthday party for her, and everyone is invited.

Tony Award-winning playwright, poet and performer Sarah Jones will be the featured performer at “Hands Up Together,” the second annual fundraising celebration for Birmingham’s Collat Jewish Family Services, May 4 at the Alys Stephens Center. The performance is being underwritten by the Abroms family in Judy Abroms’ honor, so all proceeds from the evening will benefit CJFS.

Jones is heralded by the national media for her multi-character solo show “Bridge and Tunnel,” originally produced off-Broadway by Oscar-winner Meryl Streep and later becoming a critically-acclaimed long-running hit on Broadway.

She is also a regular guest on NPR programs “Fresh Air” and “Studio 360.” She has appeared on TV shows including “The Today Show,” “CBS Sunday Morning,” “Live with Regis & Kelly,” and on “Sesame Street” as “Ms. Noodle” on the “Elmo’s World” segments. Most recently she has performed live at the White House at the invitation of Michelle Obama for Women’s History Month.

She recently became a UNICEF Goodwill Ambassador, traveling as a spokesperson on violence against children, and performing for audiences from Indonesia to Ethiopia, the Middle East and Japan.

CJFS President Marjorie Perlman said the 7:30 p.m. event “presents a unique opportunity for the Birmingham community to come together and be entertained by a Broadway star with a strong social conscience while also supporting CJFS, an agency that is a recognized leader in providing senior services.”

Proceeds from the evening will be used to continue to build on the agency’s Personal Care program that provides the elderly in Birmingham with the support that they need to be able to age in place with a level of independence. “Additional funding is sorely needed to increase the number of seniors served as well as increase services to those currently in the program,” Perlman said.

CJFS serves all races, religions and ethnic groups in the greater Birmingham area, and has become known as an expert in providing services for the aging population and their families.

Judy Abroms is the event chair, with co-chair Judy Rotenstreich. They are working with a steering committee comprised of members from throughout the Birmingham community.
Tickets to “Hands Up Together” are $100 each and seating is very limited. For reservations call (205) 879-3438 or visit www.cjfsbham.org.