Kicking for Kids in Nola 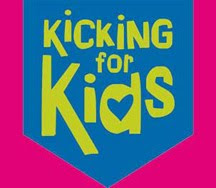 The second annual “Kicking for Kids” tournament will kick off summer at the New Orleans Jewish Community Center, raising money and awareness for children’s programs at the JCC.

Twelve teams will participate in the double-elimination tournament on May 23 at the Uptown JCC. Teams consist of 12 to 22 people per team, ages 21 and up. Team registrations were due on May 3 with final rosters turned in by May 10. Each team must have at least one JCC member and at least four female players. Registration is $400 per team.

All participants receive a T-shirt in the team’s color, food and drink during the day, pool access for the family, and if a participant joins the JCC at the gold level on game day, the joining fee is waived. The winning team wins a JCC pool party for up to 50 guests.

Part of the strategy will include purchasing “extras” from the referees before each game. There is no limit to the number of extras purchased, but only two of each type of extra may be used per game. The extras include “Add An Out” for $25, “Extra Foul” for $5, “Steal A Base” for $10 and “Take An Out Away” from the other team for $25.