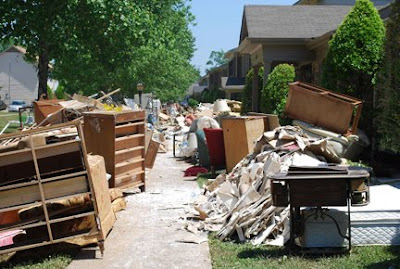 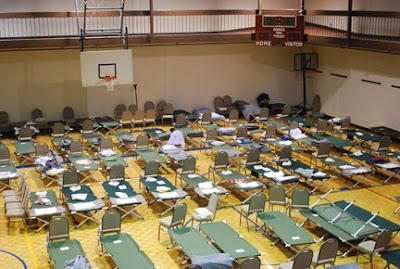 An unprecedented 13 inches of rain inundated Central Tennessee on May 1 and 2, causing the Cumberland River to overflow into Nashville and drawing comparisons to the New Orleans flooding following Hurricane Katrina five years ago.

The Gordon Jewish Community Center became a Red Cross shelter, with over 500 evacuees at the peak. According to the Jewish Federation of Nashville and Middle Tennessee, 49 Jewish families — comprising 102 individuals — have either severe or catastrophic damage to their homes. Nashville’s Jewish population is estimated at 8,000.

Nashville Federation Executive Director Steve Edelstein said “We have no idea what the intermediate to longer terms needs of our clientele may be, but some people have lost everything.”

The GJCC sports director received a phone call in the early afternoon of May 2 as the rain began to wind down, saying a nearby Red Cross shelter was at capacity with 140 people needing to find refuge. He mobilized the JCC, and that night almost 200 slept in the gym and auditorium.

Judy Saks, editor of Nashville’s Jewish Observer, said so many volunteers started streaming to the GJCC that they eventually had to turn some away. That likely won’t be the case as families try to cope with the cleanup and rebuilding.

The city’s five synagogues and other Jewish institutions had little or no damage from the rain and flooding. The community Lag B’Omer picnic was cancelled; the site was under four feet of water.

Jewish Family Service Director Pam Kelner immediately contacted the New Orleans JFS to get advice on the best way to deal with the aftermath. The agency then started giving checks of $700 per person to those in the Jewish community who were displaced, to help with clothing, food and shelter.

The Nashville Federation has a donation mailbox on the Internet, at jewishnashville.org., and has collected over $50,000. The Federation is also serving as coordinator for Jewish volunteers.

According to the Jewish Federations of North America, “Large-City Federations have united in an act of collective responsibility, pledging upwards of $100,000.”

Another name familiar to post-Katrina New Orleans, Nechama, is now in Nashville. The Jewish disaster relief organization, based in Minnesota, has volunteers helping clean houses. Saks said Nechama will likely be in Nashville for a month, and on May 23 a meeting was planned for all community members with property damage, so Nechama can provide expertise on cleanup and the hazards that may be lurking in damaged homes.