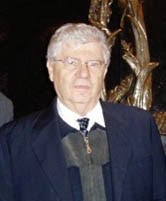 The Israeli judge cited by United States Supreme Court nominee Elena Kagan as her “judicial hero,” leading to controversy during her confirmation hearings, will be a visiting professor at the University of Alabama School of Law this fall.

Aharon Barak, retired president of the Supreme Court of Israel, is an advocate for the judiciary playing an activist role in society. A common criticism of the U.S. judiciary by conservatives is that judges are too activist, choosing to legislate from the bench instead of simply deciding whether a law is Constitutional. Israel, however, has no Constitution.

Robert Bork, whose failed nomination to the Supreme Court set the tone for future confirmation hearings, has repeatedly stated that “Barak might be the least competent judge on the planet.”

Sen. Jeff Sessions of Alabama, the ranking Republican on the Senate Judiciary Committee, said on the Senate floor that the judge Kagan praises the most, happens to be perhaps the most activist judge on Earth. Her comments are troubling to anyone who believes in limited government and democracy and a limited role for judges.”

On June 29, Kagan said her praise of Barak came when she introduced him before he spoke at Harvard Law School, and said “I gave introductions to many, many people.”

Given that, the Orthodox Union’s Washington blog called the criticism of Kagan on what it called typical social convention “bizarre.”

Rabbi David Saperstein, Director and Counsel of the Religious Action Center of Reform Judaism, said Barak “is a celebrated Israeli hero, whose vision and perspective helped Israel to become a more democratic and just society. The insinuation that none of his admirers could be unbiased arbiters of American law is simply outrageous.”

Another Senator that criticized Kagan for her praise of Barak, Lindsey Graham of South Carolina, wound up being the only Republican on the committee to vote for her nomination.
Barak will be one of three Israelis among six visiting professors at the Alabama School of Law this fall.

Barak will teach a course on Proportionality, which is the same course he teaches at Yale Law School. Barak was named dean of Hebrew University’s Faculty of Law in 1974, served as Israel’s attorney general from 1975 to 1978, was appointed to the Supreme Court of Israel in 1978 and served as its president from 1995 to 2006. He delivered Alabama’s fall 2007 Albritton Lecture, and earlier this year spoke at Springhill Avenue Temple in Mobile.

His wife, Elisheva Barak, will teach a mini-course on Comparative Labor Law. From 1976 to 1978, Judge Barak clerked for the president of the Supreme Court of Israel, Justice Joel Sussman, and served as a legal assistant to the Court’s three subsequent presidents. She was appointed as judge in Israel’s National Labor Court in 1995 and named vice president of the Court in 2000.

Sharon Hannes will teach a mini-course on Corporate Theory. He is vice dean of the Buchmann Faculty of Law at Tel Aviv University and head of the Tel Aviv–Berkeley Executive LL.M. Program.