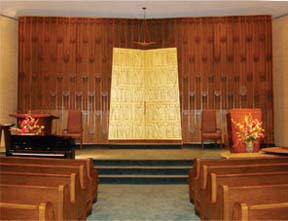 Jackson’s Beth Israel Congregation has announced a preliminary schedule as it celebrates its 150th anniversary next year.

The main event will be a Grand Celebration Weekend and homecoming reunion the weekend of Sept. 15. Past congregants, rabbis and youth group members will be welcomed back. Events will begin with a cemetery service and a Friday luncheon with a featured speaker.

The Shabbat evening service will include liturgy from historical prayer books used by the congregation over the years, and a congregational Shabbat dinner.

Saturday evening, Sept. 17, will be “Beth Israel Ballyhoo,” open to the community and featuring Jewish music and entertainment with dinner and a silent auction. A Sunday golf tournament will round out the weekend.

There will also be an art and photography exhibit during the weekend.

Earlier in the year, there will be a Mississippi Jewish History program, with the congregation’s history, a panel on Southern Jewish history, and a documentary of congregants in conjunction with the Jackson Jewish Film Festival.

In May, the congregation will join with the community at large to commemorate a major chapter in the state’s civil rights history, the 50th anniversary of the Freedom Rides. There will be an exhibit and program discussing the legacy of Rabbi Perry Nussbaum, who was rabbi at Beth Israel from 1954 to 1973. The summer of 1961, Nussbaum traveled to Parchman prison to visit the Freedom Riders, many of whom were Jewish. He became active in the civil rights struggle, and in late 1967 his home was bombed by the Ku Klux Klan, two months after a similar blast at Beth Israel’s building.

The week of activities, from May 22 to 28, will include a panel discussion with Freedom Riders and Jacksonians from the Jewish and African-American communities. Congregants who remember those times are also being invited to participate in the Panel of American Women in the South.

The sesquicentennial organizers are looking for volunteers, sponsors and memorabilia, as well as the current location of former congregants and families. To assist, contact celebration150 (at) bethisraelms.org, or call Peter Sharp at (601) 951-1000.