Museum of the Southern Jewish Experience Looking for New Home 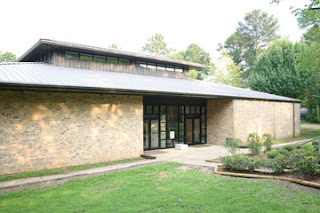 In early January, the Goldring/Woldenberg Institute of Southern Jewish Life and the Union for Reform Judaism’s Henry S. Jacobs Camp announced an agreement that will result in the museum moving from its original site at the camp in Utica.

After the museum’s relocation, Jacobs Camp plans to transition the building into a performing arts space with multiple rehearsal areas, along with the auditorium that will continue to double as a worship space for the camp community and the Jewish community of the Deep South.

The museum’s new home is yet to be determined. Michele Schipper, the Institute’s chief operations officer, said the Institute “is in the process of looking for a new site” and suggestions are welcomed. The move offers the museum the possibility of increased visibility and access for visitors; for the Camp, it means the opening up of space critical to the enhancement of the camp’s program.

Jacobs Camp opened its gates in 1970 under the leadership of Rabbi Solomon Kaplan, who very soon after named Macy B. Hart as camp director – a position which he held until 2000.

As small congregations closed in the 1980s, their ritual items were donated to the camp for safe-keeping. In 1987, the items formed the nucleus of the museum, which opened following a lead gift from the Plough Foundation of Memphis. The museum’s central room, which housed many pulpit items and an ark, doubled as the camp’s worship space.

As the museum’s collection and mission grew, the Institute was founded, with Hart serving as the founding president. Now in its 10th year, the Institute provides educational and rabbinic services to Southern Jewish communities, documents and preserves the rich history of the Southern Jewish experience, and promotes a Jewish cultural presence throughout a 13-state region.

Since becoming camp director in February 2000, Jonathan “J.C.” Cohen has overseen tremendous growth and evolution at Jacobs as it has sought to keep pace with trends in the camping industry and the demands of the marketplace. In recent years, the camp has undertaken an ambitious renovation program, and has sought to add and improve recreational facilities to ensure a diverse range of top-notch program offerings.

In addition to turning its Lake Gary into a recreational venue, work has been done on its offerings in sports, outdoor adventure, creative arts, digital media, and aquatics; and, it has also identified a range of areas in which it aspires to continue improving – with performing arts at the top of the list.

The Museum plans to complete its move by the winter of 2013, after which time the conversion of the facility will begin, with hopes of it operating as a performing arts center that summer.

Both organizations anticipate fundraising for their respective programs — for the new museum and for transforming the old museum into the performing arts center.