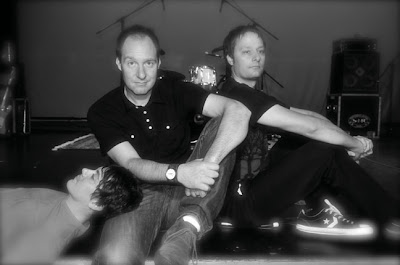 Sukkot is a holiday about temporary dwellings — and that gave musician Dan Nichols an idea, which has transformed into the Road to Eden concert tour of the South for Nichols and his band, e18ghteen. They will be traveling through the region in an RV — a temporary dwelling.

The tour starts Oct. 12 in Pensacola, then follows a packed schedule through Oct. 21 in Indiana. A film crew will be following along, making a film version that is slated to be released in November 2012.

Nichols said he is “thrilled” at the response his idea has received. He wanted to come up with a way to do a series of concerts several nights in a row, and make it available to smaller communities that might not ordinarily be able to bring in his band.

He also had musical reasons for wanting to do that type of tour. Usually he plays one or two dates somewhere in the country, flying in from Raleigh, N.C., while his band comes in from Nashville. Sound check serves as rehearsal, they do the show and then head their separate ways.

During the summer, he visits 15 to 20 Jewish summer camps, working from 7 a.m. to midnight. He has been at Jacobs Camp for the last 12 summers.

Being in the RV for 10 days, he and his band will have plenty of time to work together, socialize and fine-tune each show. “It’s rare we get that opportunity,” he said. Despite what seems to be a hectic schedule for the tour, “to me this looks like heaven.” Having a driver who is donating much of his time also will help give the band time together.

At each stop, the RV will be part of the background for the concert, and they will have a sukkah next to it. In some communities, there will be a potluck dinner and people will bring their lawn chairs, he said.

The tour is being sponsored by the Henry S. Jacobs Camp, the Goldring Family Foundation First-Time Camper program, and onehappycamper.org. “I wasn’t prepared for others to be as excited about it.”

He especially likes the involvement of Jacobs Camp, which will do a presentation at each of the concerts up to St. Louis. “I love that, since I’m a product of Jewish summer camping.”

Jonathan Cohen, Jacobs Camp director, said when he heard Nichols wanted to tour the South, “in a recreational vehicle, no less — we couldn’t resist the opportunity to get on board… We are so excited to help bring a great musician with a great message to so many of the communities we serve. What a great way to celebrate Sukkot and Simchat Torah!”

The Goldring program, administered by the Jewish Endowment Foundation of Louisiana, issues a $1,000 grant to first-time campers going to a Jewish non-profit sleepaway camp. It is open to residents of Louisiana, Mississippi, Alabama and northwest Florida.

Nichols started attending the URJ Goldman Union Camp in 1979 at age 10, near his native Indianapolis. In some ways, he hasn’t left, now serving as artist-in-residence for the 14 Reform camps.

It was at Goldman Union “that I learned to play guitar, got my first songleading job (and) fell in love with Jewish singing.” The final concert in the tour will be at Goldman Union, “a big celebration, a big last hurrah” and homecoming.

He and his band released their first CD, “Life,” in 1996. He has been a featured presenter at the URJ Biennial, Limmud in England, and the National Federation of Temple Youth national convention.

He and the band did a Chanukah concert for broadcast on XM in 2008, and also did a live simulcast concert at Masada that year for Israel’s 60th birthday and NFTY’s 50th anniversary.

Doug Passon of D Major Films is doing the film. Nichols is also planning to blog from the road.

The tour kickoff will be at Pensacola’s Temple Beth El on Oct. 12 at 7 p.m., following a 6 p.m. family Sukkot service. The concert is free and open to the community.

In Dothan on Oct. 13, there will be a hot dog dinner at 6 p.m., followed by a short Sukkot service and the concert. It will all take place outdoors at Temple Emanu-El, weather permitting.

The Birmingham events on Oct. 14 will be inside Temple Emanu-El, with a heavy hors d’oeuvres reception at 5 p.m. before the 6 p.m. concert.

In Montgomery, the band will perform at Temple Beth Or at 7:30 p.m. on Oct. 15 with the gospel group Tribe of Judah, a student group from Alabama State University.

The New Orleans concert on Oct. 16 at 11 a.m. is co-sponsored by Temple Sinai, Touro Synagogue, Gates of Prayer, the JCC, BBYO, JewCCY, Jacobs Camp and Jewish Children’s Regional Service, which will break from its gift-wrapping program for the concert. The concert will be at the Jewish Community Center in Metairie.

In Baton Rouge, the concert is sponsored by Beth Shalom, B’nai Israel and the Jewish Federation of Greater Baton Rouge. It will be held at the Louisiana State Police Training Academy auditorium on Independence Boulevard on Oct. 16 at 4 p.m.

The Jackson concert will be in Beth Israel’s “backyard” at 6 p.m. on Oct. 17, with audience members invited to bring a picnic basket, lawn chair “and enough dessert to share.”