One of slain Israeli “Munich 11” athletes was Tulane graduate 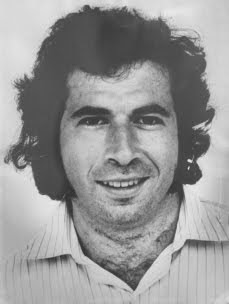 While the debate over a moment of silence in memory of 11 Israeli athletes killed by Palestinian terrorists during the 1972 Munich Olympics continues to cloud today’s Opening Ceremonies for the 2012 London Games, one of the 11 is memorialized in New Orleans.

David Mark Berger, one of the 11 athletes killed 40 years ago, was a weightlifter at Tulane University, where he won the NCAA weightlifting championship in the 148-pound class. He graduated from Tulane in 1966.

Berger was a native of Cleveland, Ohio. After Tulane, he earned a master’s degree from Columbia University and competed in the 1969 Maccabiah Games, winning a gold.

He emigrated to Israel, with the goal of opening a law office and continuing to compete. He won a silver at the 1971 Asian Weightlifting Championships, but was eliminated from Olympic competition in an early round on Sept. 2, 1972.

Around 4 a.m. on Sept. 5, 1972, a group from Black September, a faction of the Palestine Liberation Organization, entered the Olympic Village disguised as athletes. They took six Israelis hostage in one apartment, killing wrestling coach Moshe Weinberg as one wrestler escaped due to Weinberg’s distraction.

The other team members were brought back to the first apartment after being awakened in their rooms. Yossef Romano, a weightlifter, attacked the intruders and was killed; his body remained in the room with the other nine hostages all day. During that fight, Berger was wounded in the shoulder.

At one point during their captivity, Berger told his teammates they ought to jump the terrorists because “we have nothing to lose.”

After a day of negotiations, the hostages and eight terrorists were taken to Furstenfeldbruck air base as part of a deal to fly them to an Arab nation. Instead, a German ambush ensued, with a two-hour firefight. Finally, one of the terrorists sprayed the helicopters where the Israelis were held with gunfire. Berger is believed to have survived that, but the attacker then destroyed the helicopter with a hand grenade.

At first, reports were that the terrorists were killed and the hostages were freed, but the botched nature of the rescue operation soon trickled out.

Around 3 a.m. on Sept. 6, NBC broadcaster Jim McKay uttered the immortal quote “Our worst fears have been realized tonight. They’ve now said that there were eleven hostages. Two were killed in their rooms yesterday morning. Nine were killed at the airport tonight. They’re all gone.”

Five of the terrorists were killed and received funerals in Libya with full military honors. The other three were held for trial but released after terrorists hijacked a Lufthansa flight less than two months later.

A memorial service was held on Sept. 6 at the Olympic Stadium, a cousin of Weinberg died of a heart attack during the service. The games continued, a decision endorsed by the Israeli government, though some athletes and delegations decided to leave.

The Olympic and national flags were lowered to half-staff, though 10 Arab nations objected and their flags were returned to the top of their poles.

While the other 10 Israelis were buried in Israel, Berger was buried in Ohio, his body brought back on an Air Force jet at the order of President Richard Nixon.

For the last couple of months, there has been a worldwide movement to have a moment of silence at the 2012 Olympics’ opening ceremony, marking the 40th anniversary of the terror attacks. The International Olympic Committee has refused, stating the celebration of the opening ceremonies is not a time for memorials.

At a press conference this week, family members of the slain Israelis said the rationale for not allowing a remembrance keeps changing. In Montreal in 1976, it was the fear that Arab delegations would leave. In Barcelona in 1992, it was to avoid politics. In Atlanta in 1996, protocol was cited. In Athens, the timing was inappropriate.

Bob Costas announced recently that he would do his own moment of silence while broadcasting the opening ceremony tonight on NBC.

The Cleveland Jewish News quotes Berger’s father, Ben, as saying the IOC president Jacques Rogge “is afraid of antagonizing anybody.” Now 95, he figures he may not see the fruits of his 40-year effort to have a moment of silence, but others have agreed to keep up the fight.

On Monday, there was a moment of silence in a brief ceremony at the Olympic Village, the first such ceremony. But the CJN quoted Ben Berger’s daughter Barbara as saying ““It’s one thing to do it in front of the Israelis. The problem is (Rogge) is fearful there will be an Arab boycott or a walkout. He found the safest place to (recognize the Munich 11) and did it. It doesn’t even come close to what we would like to see the IOC do.”

In 1975, a memorial sculpture was dedicated in Cleveland in front of the Jewish Community Center, consisting of broken black steel rings. It is now in front of the Mandel JCC and is classified as a National Memorial.

Earlier this month, the National Jewish Sports Hall of Fame announced Berger would be inducted into the 2013 class on April 21, 2013.

On Sept. 2, David Berger AZA in Cleveland will hold a commemoration on Sept. 2, one of several events planned in Ohio.