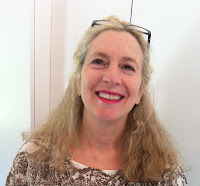 The Greater New Orleans Section of the National Council of Jewish Women is presenting its 2012 Harold Salmon, Sr. Award to Ina Davis. The presentation is being made at the opening luncheon, Sept. 10 at 11:30 a.m. at the Audubon Clubhouse Café.

As a young teenager, Davis canvassed her neighborhood for the Democratic presidential primaries handing out flyers, knocking on doors and asking people to vote. “I was hooked,” she said. She now co-chairs Promote the Vote and Protect the Vote 2012 Campaign.

She, her husband and 3-year-old arrived in New Orleans in 1997 and it took her “10 minutes to get used to this place.” A former teacher who was no longer working, she knew she needed to be engaged in something. She started tutoring at a neighborhood elementary school where she met Cynthia Farber, who together with Susan Hess convinced her to combine forces by joining NCJW.

With NCJW, she has chaired the tutoring program, served on the Coalition for Literacy, chaired Book Partners, was Community Services Coordinator, and Public Affairs vice president, when along with Joel Myers she organized debates and forums for upcoming elections.

She allied the Greater New Orleans Section with Women of the Storm following the aftermath of Hurricane Katrina, then served as president during the rebuilding, from 2007 to 2010.

Davis has been responsible for NCJW’s coalition with various community organizations, including Louisiana Fair Courts and Judiciary, Connect to Protect, and Women’s Rights Coalitions.

The award was named for a man who was a staunch supporter of NCJW and the organization’s commitment to community service through volunteerism. At the luncheon, there will be an open wine bar followed by a kosher-style lunch. Admission is $45 per person, $36 per person for those under 36 years.