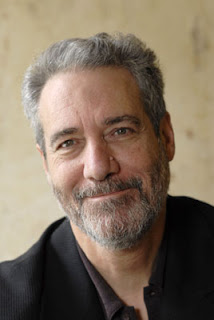 The Dalai Lama will be in New Orleans this month, and Temple Sinai will be part of the festivities through a talk by local author Rodger Kamenetz.

On May 9 at 7 p.m., Kamenetz will speak on “What I Learned About Judaism from the Dalai Lama,” and a historic 1990 dialogue between the Dalai Lama and eight rabbis. The talk is open to the community.

The author of 10 books, Kamenetz’s best-known work is “The Jew in the Lotus,” about that rabbinic journey. The international best-seller looked at Judaism in light of Buddhist thought, became a PBS documentary and is used in college religion courses.

Exiled from Tibet by China in 1959, the Dalai Lama wanted to speak with the rabbis about how the Jewish people survived in exile for two millennia.

Kamenetz remarked, “Somehow, he made us see Judaism more clearly and sweetly than often we ourselves see it. In our dialogue with the Dalai Lama, we saw Jewish tradition come to life.”

After a 1996 meeting with the Dalai Lama, Kamenetz was part of an effort to free the Panchen Lama from China. The Panchen Lama was the youngest prisoner of conscience in the world, and his eighth birthday fell during Passover. In 1997, Kamenetz launched Seders for Tibet, which were held nation-wide and later became part of the International Campaign for Tibet. He attended a Seder in Washington in 1997 with the Dalai Lama.

The New York Jewish Week referred to Kamenetz as “the Jewish community’s most prominent liaison with Buddhists.”

At Louisiana State University, Kamenetz held a dual appointment as a Professor of English and Professor of Religious Studies and founded the MFA program in creative writing and the Jewish Studies minor. He retired as LSU Distinguished Professor and Sternberg Honors Chair Professor. He now lives in New Orleans, where he devotes himself now to his work with clients who seek spiritual direction through dreams.

The Dalai Lama will speak at a conference, “Resilience: Strength through Compassion and Connection” on May 16 and 17. He is also the speaker for Tulane University’s commencement, May 18 in the Mercedes-Benz Superdome. The Dalai Lama will be presented an honorary doctorate of humane letters and a second-line umbrella.

He is also speaking on “Strength Through Compassion” at two public events, May 17 at the Morial Convention Center and May 18 at the University of New Orleans. Both events are sold out, but the talks will be on streaming video at area venues.

His visit is sponsored by the Tulane School of Social Work. For over a decade, the school’s dean, Ronald Marks, has held a graduate social work class in northern India, working with Tibetan refugees.

The visit also includes a Tibetan bazaar and a sand mandala. The mandala will be built at the Morial Center from May 14 to 17. At 4:30 p.m. on May 17, the sand will be swept up and carried by monks to the Mississippi River, where it will “carry the healing blessing to the ocean, and from there it spreads throughout the world for planetary healing.”

The bazaar will be May 14 to 17 at the Morial Center, and on May 18 at the University of New Orleans Lakefront Arena.

Tickets are to cover expenses, all remaining funds will be donated to charity.

In all, there are about 60 events connected to the visit, and residents were urged to raise Tibetan prayer flags starting April 20.