Scott Cowen to step down as president of Tulane 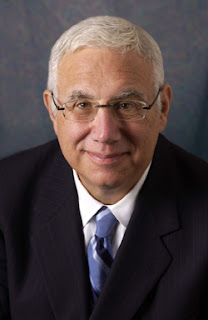 Tulane University President Scott Cowen announced he will step down from his position on July 1, 2014.

“This decision was an extremely difficult one for Margie and me because of our devotion to Tulane and New Orleans, our adopted home,” he said in a message to the university community.

Before coming to Tulane, he was on the faculty of Case Western Reserve University for 23 years.

When he began at Tulane in 1998, he said he would be there for 10 years. “Of course, Hurricane Katrina dramatically changed that timetable as we all committed to rebuilding and re-imagining Tulane and New Orleans. Our focus and determination to persevere created a powerful bond amongst all of us that ultimately led to Tulane’s extraordinary recovery,” he said. He and a team of 30 fellow evacuees worked from a Houston hotel suite to plan the university’s future, and when Tulane reopened in January 2006, 87 percent of the students returned.

He led a committee to reform the public school system after Katrina, and Tulane created the Scott Cowen Institute for Public Education Initiatives.

Cowen was believed to be Tulane’s first Jewish president. He became very active in the New Orleans Jewish community, holding a Shabbat dinner for Jewish students at their home every year. He also represented Tulane at the wide range of national Jewish conferences and events held in New Orleans since Katrina, including the keynote address at the Jewish Community Centers of North America biennial in May 2012.

In 2009, he received a Doctor of Human Letters, Honoris Causa, from Hebrew Union College-Jewish Institute of Religion, where he gave the graduation address. He did the same and received a similar doctorate at Yeshiva University in 2007.

In 2010, he and wife Marjorie received the Tzedakah Award from the Jewish Endowment Foundation of Louisiana.