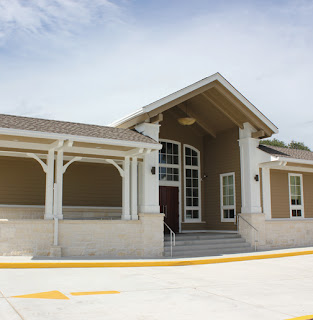 Beth Israel in Metairie has announced a new rabbi — but the congregation is going to have to wait.

The congregation voted by acclamation on May 19 to hire Rabbi Gabriel Greenberg, with the understanding that he would not be available until May 2014. Rabbi Uri Topolosky, current Beth Israel rabbi, is scheduled to leave New Orleans at the end of July.

Irwin Lachoff, who chaired the search committee, said “We understand that the next few months may pose challenges and inconveniences, but we feel that having the right fit is worth the wait.”

The congregation had advertised the position extensively, receiving 27 resumes. Phone and Skype interviews were conducted with nine candidates, with three brought in for weekend interviews. During the process, Rabbi Avi Weiss, dean of Yeshivat Chovevei Torah, suggested Greenberg, who had recently taken a position at the University of California, Berkeley, Hillel, as the Rabbi Martin Ballonoff Memorial Jewish Educator.

Greenberg said that since he only recently accepted the position at Berkeley, he wanted to honor that and would not be available until the following summer. The Beth Israel search committee felt they should still interview him, then they brought him in for an on-site visit.

“He impressed almost everyone and there was overwhelming feedback from the members of the congregation that he was the right fit for us,” Lachoff said.

A native of Newton, Mass., Greenberg graduated with honors from Wesleyan University, where he co-authored “Islamophobia: Making Muslims the Enemy,” a book about American views on Muslims and Islam. Following graduation, he lived and studied for three years in Israel.

He is an alumnus of the Adamah program, a fellowship of sustainable farming, community building and Jewish education. Following this, he directed the Kayam Farm Summer Kollel outside of Baltimore.

While at YCT, he was student rabbi at Congregation Achei Yosef in Norwich, Conn., Congregation Beth Israel in Berkeley, and served as the first rabbinic intern at the New School in Manhattan.

Beth Israel Young Adults will have a final farewell to the Topoloskys with Rock ‘n Bowl Night. The gathering will be July 25 at 7:30 p.m. at the New Orleans institution. On July 26 there will be a final Shabbat dinner, with those in attendance urged to bring their favorite New Orleans recipe for them to take with them. Reservations are required, and are $15 per person, $25 per couple or $30 per family.

The Topoloskys came to Beth Israel in 2007, as New Orleans was still in the first stages of rebuilding from Hurricane Katrina. The congregation, which lost many members who never returned to the city following the evacuation, had also lost its Lakeview building to flooding from the levee breaches.

The Orthodox Beth Israel found a home in the building of a Reform congregation, Gates of Prayer, and wound up building a new synagogue next door. It was dedicated in August 2012.