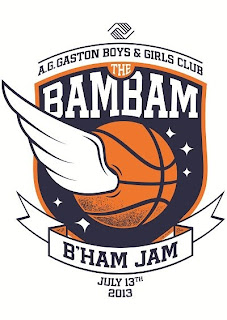 On July 13, the A.G. Gaston Boys and Girls Club will host the Bam Bam B’ham Jam youth basketball tournament as a benefit for the club, to help put in new bleachers.

The Jam is in memory of Seth “Bam Bam” Fingerman, who was a member of Birmingham’s Jewish community. Suffering from a brain tumor and depressed over his personal life, he committed suicide in December at the age of 25.

His parents, Cathy and Irwin Fingerman, explained that basketball was his passion and “he always wanted to have a positive impact on young kids through basketball.”

While a student at Jefferson Christian Academy, he helped the school win two state basketball championships and was most valuable player of the tournament his senior year. He was named all-state twice.

He played basketball at Bevill State and wanted to be a coach, but health problems prevented that.

The Fingermans chose the Gaston club for memorial donations, and the club suggested a tournament “as a tribute to Seth’s exceptional life and impact.”

The tournament will include six to eight teams in bracketed competition, starting at 8 a.m. on July 13. A visit from Mayor William Bell is expected around 1 p.m.

There will also be an event on July 12 at 10:30 a.m. featuring Christopher Eisenberg from America’s Got Talent.

Sponsors and volunteers are welcome. More information about the tournament is available here.