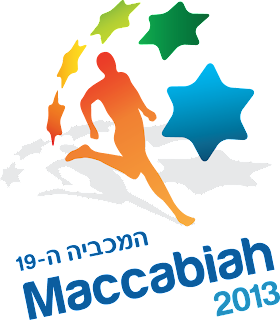 When the 19th Maccabiah Games open on July 18 in Israel, there will be two representatives from the Deep South.

Preston Goldfarb, head men’s soccer coach at Birmingham-Southern College, will be the head coach of the U.S. soccer team, and Madeline Gordon of Kenner, La., will be on the Juniors girls’ golf team.

In 2010, Goldfarb was head coach of the U.S. team for the Maccabi Australia International Games, leading the team to a silver medal, falling to a Brazil team they beat in pool play. In the 2009 Maccabiah, Goldfarb coached the U.S. Junior Boys soccer team.

On June 3, the draw was made for this year’s soccer tournament. The team will be in Group D with Mexico, Denmark and Uruguay. The top two teams advance to the quarter-finals. “This is a very good draw for us,” Goldfarb said.

The U.S. team opens against Uruguay on July 19 at 11 a.m. — 3 a.m. Central time, That is the morning after the opening ceremony, which is “a long day on our feet and a late night return to our hotel.”

The next match is July 21 against Denmark and July 23 against Mexico. Those matches are at 8 a.m. Central. Goldfarb said the Mexico game “should be a war and hopefully it will be for first place in our group.”

Quarter-finals start on July 25. The semi-finals are July 28 with the gold medal game on July 29.

The team departs on July 6.

Gordon, who just finished her freshman year at Metairie Park Country Day School, started playing golf competitively when she was eight years old. She said while golf is usually an individual sport, this is “the opportunity to play on a team and proudly represent Jewish people from the United States.”

She also enjoys journalism, in the last couple of years has interviewed Jason Dufner, Jason Bohn and Bubba Watson.

The team was announced last September, following a three-day 54-hole stroke play National Qualifying Tournament in Palm Beach Gardens, Fla., in mid-July. She came in second with a 238, 12 shots behind leader Samantha Haubenstock of Weston, Fla. Team members raised money toward the trip, and Gordon raised $8,500.

Team USA has over 1100 members from 37 states, competing in 31 sports. The Maccabiah Games are the third largest international sporting event in the world, after the Summer Olympics and the Pan Am Games. There will be over 8,500 participants from 70 countries.