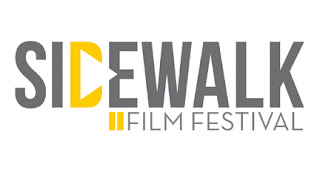 Films about a great illustrator who escaped Nazi-occupied France, a breakdancing Bar Mitzvah boy and five Ukrainian Jewish families who lives in a cave for 511 days to escape World War II are among several of Jewish interest featured in the annual Sidewalk Film Festival, which will be held August 23 to 25 in downtown Birmingham.

“Far Out Isn’t Far Enough,” a feature-length film by Brad Bernstein, centers upon the compelling story of illustrator/artist Tomi Ungerer — considered one of the greatest children’s book authors and illustrators until he went off in a different direction (full story here).

In suburban Connecticut, 13-year-old Eli navigates two diverse cultures while coming of age as a Bar Mitzvah and competitive break-dancer in this short documentary about passion, dedication, community and cross-cultural understanding.

Cohen, who is from Worcester, Mass, met Eli’s mom Beth when the two were at a now-defunct Jewish camp in New Hampshire. Both were dancers growing up and in high school. They also were roommates and studied dance at Tufts University in the Boston area.

“Eli got interested in break-dancing, which is unique considering he was a young, small suburban kid in Connecticut. His parents encouraged it and supporting his passion to get better,” said Cohen.

They would accompany Eli into the inner-cities, such as “Hell’s Kitchen” in New York City, sometimes even late at night to breakdance with his crew and in “battles” (competitions) with other crews. In many cases, Eli was the only white kid, smallest kid and could be 10 years younger than many of the folks he competed with and against.

“It was amazing that Eli got so good even at such a young age that he was better than kids almost twice his age who had been breakdancing for much longer,” said Cohen. “His parents thought it was a great experience for him and it’s a good story of people bridging the cultural gap.”

Cohen grew up in a heavily populated Jewish community and had her Bat Mitzvah at a Reform temple in Worcester. She was involved in Hebrew school and her father is Israeli.

After graduating from Tufts, she worked for 15 years as a digital film supervisor and in post-production. This is the first film she has made and she already is working on her next film. “It’s a film about bullying but from the perspective of the bully. It’s a unique way to present the issue. The victims can become the victimizers.”

“No Place On Earth”

In 1942, 38 men women and children slid down a cold, muddy hole in the ground seeking refuge from the war above. They go to a pitch-black underground world where no human had gone before.

These five Ukrainian Jewish families created their own society where young men bravely ventured into the harrowing night to collect food, supplies and chop firewood. The girls and women never left: surviving underground longer than anyone in recorded history. Held together by one iron-willed matriarch, after 511 days the cave dwellers, ages 2 to 76, emerged from the cave in a remarkable story of courage and survival.

In this feature documentary by director/producer Janet Tobias, who started her career as an associate producer on “60 Minutes,” American caver Chris Nicola leads four of the survivors back to the cave in Ukraine to give their thanks 67 years later.

“The Garden of Eden” is the story of Gan HaShlosha, better known as the ‘Sakhne,’ one of the largest, most famous and most visited parks in Israel.

Director Ran Tal expresses with exceptional cinematic measures the abundance of conflicted elements of the Israeli soul. With vast humor, beauty and pain, the film provides its viewers an original and piercing look at Israeli society, in a least expected location.

For the film, Tal won Best Director at the Jerusalem International film festival in 2012. The Festival schedule at press time also had it scheduled for 4:20 p.m. on Aug. 25 at First United Methodist Church.

“Spies of Mississippi” tells the story of the Mississippi Sovereignty Commission, which was set up to maintain segregation in the 1960s. Among the gatherings the commission spied on and documented was a B’nai B’rith Youth Organization regional conference. The film will be at First United Methodist Church on Aug. 24 at 8:35 p.m.

“Hollywood Nights,” a 20-minute short by Ethan Ron, a junior at Mountain Brook High School, will screen as part of the 4 p.m. short films on Aug. 25 at the McWane Center. The short’s description: “Jack Daniels is an up and coming filmmaker working on his first Hollywood movie. When one of his cameramen gets injured, Jack is assigned by his arrogant producer a new one, a crazy and over the top redneck named Dicky. After a crazy night, Jack and Dicky wake up the next morning with 50 grand and no idea where it came from. With the help of Jack’s friend Charlie, the guys must figure out where the money came from and just what they got themselves into.”

For more information about the 2013 Sidewalk Film Festival and a complete schedule go here.