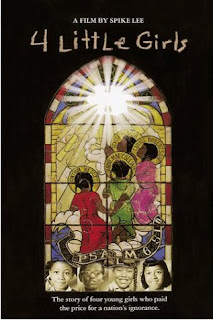 As part of Birmingham’s commemoration of the 50th anniversary of pivotal moments in the civil rights struggle, the Sidewalk Film Festival is coordinating a community-wide simultaneous screening of Spike Lee’s “4 Little Girls,” about the four girls who were killed in the Sept. 15, 1963, bombing of Sixteenth Street Baptist Church.

Temples Beth-El and Emanu-El are joining for a screening at Beth-El, Aug. 21 at 7 p.m. Beth-El was the site of an attempted Klan bombing in 1958.

Michele Forman, who grew up in Birmingham’s Jewish community, was associate producer for the 1997 film. She is now co-director of the media studies program at the University of Alabama at Birmingham.

Refreshments will be served during the film, and a roundtable discussion will follow.

Admission is free, and reservations are requested. Donations are welcome, which will benefit the Four Spirits Project, a non-profit organization erecting a monument in memory of the four girls who were killed in the church bombing.

As of press time, there were 25 houses of worship in the region that were confirmed for holding screenings.