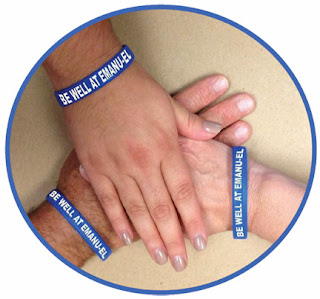 This year, Birmingham’s Temple Emanu-El is embarking on a wellness campaign.

In addition to congregants’ spiritual needs, “Be Well at Emanu-El” will focus on emotional and physical well-being. Emanu-El is partnering with other local agencies in a series of programs which are open to the community.

As part of the effort, the Levite Jewish Community Center is extending a free membership to Emanu-El members who are not LJCC members, through the end of 2013. Small group fitness sessions will be available.

Collat Jewish Family Services is partnering on several emotional wellness programs, starting with the Oct. 13 appearance of “The Cake Lady,” Fay Tenenbaum of Atlanta. Temple Beth-El and Knesseth Israel are co-sponsoring the event.

Judith Schulman-Miller will lead two-session marital enrichment workshops, for empty nesters and couples with children in November, and young couples without children in January.

Spiritual wellness workshops include a Nov. 21 and 22 visit by Lynda Fishman, who survived an Air Canada crash in 1970 at age 13. Her mother and sisters were killed, and her father spun into deep depression. She now lectures about choosing life over sadness.

The weekend of Feb. 20, Rabbi Rex Perlmeter will speak about Jewish wellness and spiritual significance.

Nutritional wellness will be the focus of an eight-week program that meets before Shabbat evening services, along with two individual consultations at Homewood Family Medicine. Sari Weisberg will lead the FirstLine Therapy program, improving total body function to enhance healthy living. The first session is Oct. 18, but a consultation needs to be scheduled before the program begins.

Shabbat morning yoga, held at 9:15 a.m., started an eight-week session on Sept. 28. Drop-ins are welcome.
A Health Wellness lunch and learn series began in September and has 16 different topics over the course of the year, with members providing expertise from their fields.

The series began on Sept. 17 with Adam Godron discussing vision and eye care. On Oct. 1 Robert Russell will talk about podiatry.

Upcoming noon sessions include pediatric discipline and motivation, on Oct. 15 with Robert Levin; arthritis and osteoporosis on Nov. 5 with Kenneth Saag; Alzheimer’s and dementia with Gordon Kirschberg on Dec. 3; and hearing loss with Jack Aland Jr., on Dec. 17.

There is also a Temple U series, with an estate planning and values program that was held Sept. 29, and a Shabbat Like Never Before on Nov. 15, with a range of sessions on life skills, followed by services during dinner.

Brochures for the entire program are available at Temple Emanu-El, with registration forms and session information here.