Historian Sarna to speak at Loyola 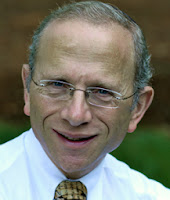 Loyola University in New Orleans is hosting “American Jewish History Backwards and Forwards” with noted historian Jonathan Sarna on Oct. 30. A reception will begin at 6:45 p.m. with the lecture at Nunemaker Auditorium at 7:30 p.m.

Illustrating how the past can both inform and inspire, Sarna goes back to the colonial era, recounting the dynamic story of people struggling to be Americans and Jews. He shows how each generation has had to wrestle anew with the question of whether its own children and grandchildren will remain Jewish.

Gazing ahead, Sarna examines key trends that will affect American Jewish life in the 21st century and beyond. He concludes with a call for a new mission for American Jews, and a discussion of how to meet the challenges that lie ahead.

He is best known for the acclaimed “American Judaism: A History.” The most recent of his more than 30 books is “When General Grant Expelled the Jews.”

The Loyola Jewish Studies Lecture series is in conjunction with and recognition of the Centennial Celebration of the Jewish Federation of Greater New Orleans, and with gifts from The Jewish Endowment Foundation of Louisiana, Lester and Beverly Wainer, The Luther and Zita Templeman Foundation, The Steeg Family, The Goldring Family Foundation, and the The Woldenberg Foundation.