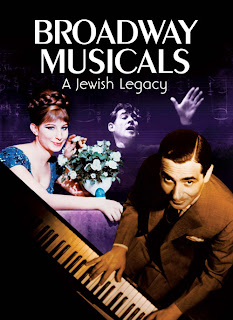 The Mississippi and Mobile festivals have films with local ties. Mobile will screen “We Remember,” a Holocaust documentary done by teens from Springhill Avenue Temple, and Mississippi will have “Road to Eden: Rock and Roll Sukkot,” about Dan Nichols’ Sukkot concert tour through the Deep South in 2011.

The Mobile and Baton Rouge festivals share two films, while neither venue will be featuring any of the films on Mississippi’s schedule.

“The Other Son” opens the Baton Rouge festival on Jan. 15, while it screens in Mobile on Jan. 16. It is the story of Joseph, who is preparing to join the Israeli army for his national service. During the process he discovers that he is not his parents’ biological son, but that he was inadvertently switched at birth with Yassin, the son of a Palestinian family from the West Bank. This revelation turns the lives of these families upside-down, forcing them to reassess their respective identities, their values and their beliefs.

On Jan. 18, Baton Rouge screens “Broadway Musicals: A Jewish Legacy,” and Mobile shows it on Jan. 19. Narrated by Joel Grey, the film features interview and conversations with some of the greatest composers and writers of the Broadway stage in an exploration of the unique role of Jewish composers and lyricists in creating the modern American musical. Performances include David Hyde Pierce, Matthew Broderick, Zero Mostel, Nathan Lane, Fanny Brice and many more.

The Mobile Jewish Film Festival opens on Jan. 9 at the Mobile Museum of Art with “Portrait of Wally.” The painting by Egon Schiele of his mistress, Walburga Neuzil, became the focus of a 13-year battle that exposed Nazi art theft. The painting was taken by the Nazis in 1939 from Vienna art dealer Lea Bondi when she fled for her life. It resurfaced on loan to the Metropolitan Museum of Art in New York in 1997. The museum refused to entertain claims by Bondi’s heirs — even the museum chairman, Ronald Lauder, who was founder of the Commission for Art Recovery. The case set a precedent leading museums to examine their collections for art stolen by the Nazis.

The film will be screened at 2 and 7 p.m. without charge. Reservations are required for the 7 p.m. screening.

On Jan. 12, “BESA — The Promise” will be screened at Springhill Avenue Temple at 3 p.m. Photographer Norman Gershman decided to focus on Albania while doing a photo essay on Righteous Gentiles that saved Jews during the Holocaust. The film focuses on Gershman and Rexhep Hoxha, a Muslim Albanian toy shop owner who has three Judaic books that belonged to a family his father had sheltered 60 years earlier. Hoxha’s mission is to track down members of that family so he can return the books.

Jason Williams, one of the film’s producers, will speak. An exhibit about BESA was at Birmingham’s Civil Rights Institute last spring.

“BESA” will also be screened on Jan. 21 at the South Alabama Baldwin County campus’ performance center in Fairhope. William Pencak, visiting professor of history and Jewish studies at USA, will introduce the film at the 7 p.m. screening.

The Jan. 14 to 16 films will be at the Laidlaw Performing Arts Center at the University of South Alabama, at 7 p.m.

“Suskind” will be on Jan. 14. It tells the gripping story of a Jewish industrialist who saved hundreds of Dutch children from the death camps during World War II. Joining the Jewish Council charged with the devil’s work of overseeing the orderly transfer of fellow Jews, Süskind exploits his position to protect his family and maneuver some 600 children to safety. But the Nazis exact revenge when they discover his efforts. The film was voted Best Feature Film at the Atlanta Jewish Film Festival, and Roy Hoffman will lead a discussion after the screening.

On Jan. 15, “Fill The Void” is the story of Shira, the youngest daughter of a Hassidic family. About to be married to a promising young man, the wedding is put on hold when her sister dies in childbirth. Talk of the son-in-law leaving the country with the baby prompts the mother to propose a match between Shira and the widower. Rabbi Steven Silberman of Ahavas Chesed will introduce the film.

“The Other Son” will be screened on Jan. 16, with a dessert reception following. The festival moves to Ahavas Chesed on Jan. 19 for “Broadway Musicals” at 3 p.m., which will be followed by dessert and a Broadway sing-a-long with Terry Maddox.

The final public film will be “Orchestra of Exiles,” Jan. 22 at the Ben May Library’s Bernhaim Hall, at 7 p.m. Featuring Itzhak Perlman, Zubin Mehta, Pinkas Zukerman and others, this film is the suspenseful chronicle of how one man helped save Europe’s premiere Jewish musicians from obliteration by the Nazis. Violinist Bronislaw Huberman saved close to 1000 Jews, along with the musical heritage of Europe. Scott Speck, musical director and conductor of the Mobile Symphony Orchestra, will introduce the film.

“We Remember” will be the Julien E. Marx Student Holocaust Film Series presentation at UMS-Wright, St. Paul’s, Davidson High and Bayside Academy. Over 2,000 students will view the documentary that features local residents whose lives were affected by the Holocaust, from a wide range of perspectives. Fran Sterling, senior associate of Research and Development from Facing History and Ourselves, will speak to the students and conduct a workshop for Holocaust educators.

At the end of December, it was announced that the festival would also include a “sneak preview” of an unnamed film that will be making the rounds of major Jewish film festivals in the coming year. There will be no charge for the Jan. 23 screening, which will be held at Springhill Avenue Temple at 7 p.m., but reservations are required to the Federation office.

Festival tickets are $8 for adults and $6 for seniors and students. They may be purchased at mobilejewishfederation.org or at the venue subject to availability.

The Baton Rouge Jewish Film Festival starts Jan. 15 at 7 p.m. with “The Other Son.” Tickets for all shows are $8.50 and are available from the Manship Theatre box office. Same-day tickets will be sold on a space available basis.

The festival continues with “In The Shadow” on Jan. 16 at 7 p.m. The Czech entry for the Best Foreign Language Oscar, the film takes a film noir approach to the 1950s Czech secret police. A group of Jewish immigrants are suspected in a jewel theft, supposedly to finance a Zionist operation. They confess and are subjected to a show trial, but one criminologist knows the truth is quite different and tries to unravel things against a powerful government.

Two films finish the festival on Jan. 19. At 1 p.m., “Six Million and One” explores the ways children of Holocaust survivors cope with their parents’ mysteries and traumatic memories. Filmmaker David Fisher convinces three very reluctant siblings to go on a journey to retrace their father’s experiences during the Holocaust as described in a journal discovered only after his death. The story goes to a gap in the final couple of weeks before liberation, which is filled by soldiers who found the camp and are still traumatized by what they witnessed.

Fisher said “For me, this isn’t a film about the Holocaust, because we spent most of our time laughing and there is nothing funny about the Holocaust; It’s about a rare kind of intimacy and brotherly bond that replaced pain with bitter-sweet humor.”

The final film, at 3 p.m., is the 1966 classic “Cast a Giant Shadow,” with Kirk Douglas as Mickey Marcus, an American soldier who served as an advisor in the fight to establish Israel in 1948. Also featured are Senta Berger, Angie Dickinson, Yul Brynner, John Wayne, Topol and Frank Sinatra.

The Mississippi festival starts on Jan. 22 with “David: One Boy, Two Faiths.” Set in Brooklyn, 11-year-old Daud, son of an imam, is mistaken for a Jew. He befriends Jewish peers and becomes conflicted in his identity. The more he plays out his double life, the more he risks a wedge in his family.

“Footnote” follows on Jan. 23. A 2011 Israeli film, it depicts academic competition gone mad, between a father and son who both teach Talmud at Hebrew University. In 2012, it was in the Best Foreign Film category at the Oscars, and won Best Screenplay at Cannes. The father’s life-long ambition was to win the Israel Prize. One day he gets the call congratulating him on his selection — but later the committee realizes they meant to call the son, who they really intended to honor.

“Wonders,” on Jan. 25, is described by Variety as a “stylish and amusing riff on ‘Chinatown’ by way of ‘Alice in Wonderland’.” Israel’s premier film critic called it the country’s best movie of the year. The film tracks the complex relationship between a Jerusalem graffiti artist and a mysterious modern day prophet who is imprisoned in an abandoned apartment across from the artist’s window.

The festival ends on Jan. 26 with “Road to Eden,” followed by a presentation by filmmaker Doug Passon and a performance by Nichols. The documentary was filmed in several communities throughout the South, including Pensacola, Dothan, Birmingham, Montgomery, Jackson, New Orleans and Baton Rouge.

The films will be at the Malco Grandview Theatre, starting at 7 p.m., except for the Jan. 26 matinee at 2 p.m.