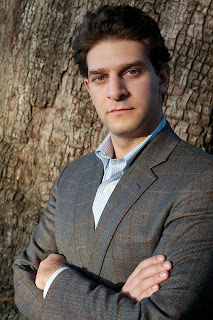 On Sept. 23 he interviewed with the Louisiana Philharmonic Orchestra, and by the end of October he was already in town as the new assistant principal cello.

Coming from northern New England, he said, “practically everything is different — from the weather to the food to the demographics.”

Lelchuk went to Indiana University and has spent a lot of time in Europe and the Middle East, but “had no experience with this part of the country.”

His first couple of months have been “a real exciting time, both musically and professionally, and in terms of my personal curiosity about Louisiana, this region and New Orleans.”

After being hired, “I was put on the schedule immediately and was able to build my time around it” to explore the city and get to know the Jewish community.

He has attended a couple of JNOLA events, but he has a challenge in that when others are ready to go to events and socialize in the evenings, “we’re working when a lot of people are off work.”

The orchestra rehearses three or four times a week and performs two to four times a week. He said the Louisiana Philharmonic is “a terrific orchestra” and “to be able to play music as my full-time job is a real thrill, especially at this age” of 24.

He became enamored with the cello at the age of two and one-half, when his mother brought him to a demonstration of sound. “There was a cellist at the science museum who drew the bow across the strings” to demonstrate sound vibration. At the end, the children were invited to feel the top of the cello while he played.

After that, “I said I must play the cello,” he said.

It wasn’t until two years later that he actually started to play. After “talking about the cello incessantly my parents realized I was quite serious.”

He studied in New Hampshire with Donna Denniston for 10 years. “Not only did the novelty not wear off, it increased and I became more enamored with the cello and with music,” he said. “Every day is equally if not more interesting and thrilling and enticing as the day before.”

He began playing with the youth orchestra in Boston, studying with Sato Knudsen.

At Indiana, “the greatest musical school in the world,” he studied with Eric Kim and was principal cello of the Indiana University Philharmonic and Opera orchestras.

At the invitation of Prince Nicolò Boncompagni Ludovisi, he gave a series of solo cello recitals at the famed Villa Aurora in Rome.

While playing at the Castleton Festival, he met “wonderful people” from the Qatar Philharmonic Orchestra and was invited to be a guest cellist. He also has performed at the Royal Opera House Muscat in Oman.

Lelchuk said despite Middle East politics, there are some Jews in the Qatar orchestra. “I don’t know if they’re advertising their Jewishness, but they’re there.”

It wasn’t his first experience in the Middle East. He spent Kindergarten in Israel as his mother finished a book on the Dead Sea and his father was a visiting professor in Haifa. When he went to the Emirates, friends in Israel said “you haven’t been here in a decade and a half, and you’re going to Oman and Qatar to play?”

He added, “Of course I’d love to get back to Israel as soon as possible,” but it is difficult to find time to do something that is not related to music.

One avenue he would like to pursue is the performance of music written by Jewish composers who were killed in the Holocaust, simply because it is of “extremely high quality” and is little known outside the circle of musicians.

He is interested in three particular composers — Gideon Klein, Erwin Schulhoff and Viktor Ullmann, and would love to do a performance highlighting them in New Orleans or elsewhere in the region.

He said the idea one must be well-versed on classical music or that it is for the elites “is absolutely a falsehood.” He routinely urges people he meets to go to a concert and give it a chance, and “they say, where has this been my whole life?”

Classical music speaks to everyone, he said. “It was not written to speak to educated or uneducated people, it was written to appeal to anybody.”

“If people open themselves, then the music will speak to them in ways they didn’t think was possible.”