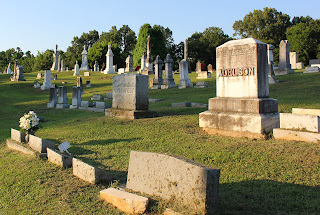 The Anshe Chesed cemetery in Vicksburg is one step closer to being added to the National Register of Historic Places.

There will be a 30-day public comment period in the Federal Register, and if there are no issues the cemetery will be listed.

The Mississippi Department of Archives and History anticipates a response by early September.

According to local historian Julius Herscovici, the most likely reason for moving the original Jewish cemetery was bombardment and destruction of the previous site during the Civil War, but records have been lost. Many graves from the first cemetery were moved to the new cemetery.

The Grove Street site of the new cemetery was where a fierce battle took place during the war, and several markers detailing the battle are scattered throughout.

Four rabbis are buried there. Rabbi Bernard Gotthelf was a Union chaplain who was the first rabbi in Vicksburg. He died in the 1878 yellow fever epidemic. Rabbi Herman Bien had been found near death in 1893 in a Birmingham hotel after being turned down by Temple Emanu-El and already replaced in Vicksburg.

Rabbi Sol Kory, who died in 1936, brought together Anshe Chesed and a short-lived Orthodox congregation. Rabbi Adolf Philippsborn, who died in 1967, had escaped Nazi Germany.

A historic marker was placed at the cemetery in 1998, a gift of the Grundfest family.

The congregation’s current building is next to the cemetery’s entrance. It was built in the 1960s, as Anshe Chesed moved from downtown.