New Orleans, Birmingham to rally for Israel on July 29 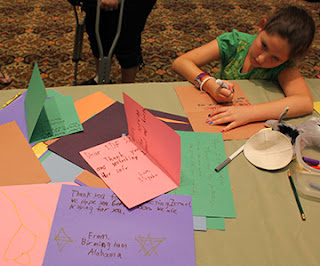 With the ground war in Gaza continuing, Jewish communities in the region are holding rallies in support of Israel’s attempts to end the threat of missiles and infiltration attacks.

Birmingham and New Orleans will each have community events on July 29.

In Birmingham, Israel’s Consul General in Atlanta, Opher Aviran, will be the keynote speaker at a 6 p.m. event at the Levite Jewish Community Center, co-sponsored by the LJCC and the Birmingham Jewish Federation.

In addition, Birmingham Jewish Federation Israel Emergency Campaign Chairman Jimmy Filler will speak, as will BJF Assistant Executive Director Daniel Odrezin. Odrezin, who has spoken at Temples Beth-El and Emanu-El in the past week, returned from Israel just over a week ago.

Christian volunteer Jahan Berns, a local attorney, will also speak. Berns grew up in Uganda and immigrated to the United States at age 25. At the age of 14 she converted from Islam to Christianity.

Participants are asked to arrive by 5:45 p.m. for security reasons. The Consul General will be available for questions, and there will be opportunities afterward to write members of Congress and receive background material about the current conflict.

In New Orleans, where music is a way of life, that will be the community’s response. “Music Over Sirens: New Orleans Stands With Israel” will be a benefit concert at the Howlin’ Wolf at 8 p.m. on July 29.

There will be performances by Michael Pellera and Khari Lee, both of whom have taken part in musical exchanges to New Orleans’ Partnership2Gether community in Israel, Rosh Ha’Ayin. The most recent, in May, included a jazz festival in Rosh Ha’Ayin.

Also performing will be Israeli musicians Itamar Borochov and Jonathan Greenstein. Borochov grew up in the integrated city of Jaffa where he developed a love for jazz, with Arab and pan-African influences. He moved to New York in 2006 to pursue the study of jazz. He tours with the Itamar Borochov Quartet, and is trumpet player, arranger and co-producer for Yemen Blues.

Greenstein is a native of Tel Aviv who released his debut album, “Thinking.” His 21st century approach to jazz includes influences of soul and hip-hop. He considers his music to be less Mediterranean influenced than Tel Aviv influenced as the New York City of Israel. He and Borochov performed together last month at the Ottawa Jazz Festival.

Attendees are asked for a suggested donation of $10, which will directly benefit the Jewish Federations of North America’s Stop the Sirens emergency campaign as well as providing relief for Kibbutz Kfar Gaza, a community in southern Israel which is repeatedly barraged by fire from Hamas.

Stop the Sirens is a collaboration of a wide network of Jewish social service organizations, which is providing respite breaks for children in the line of fire, trauma support, and direct infrastructure and emergency support to 13 communities hit hardest by the conflict.

The Jewish Community Day School in Metairie is collecting drawings, letters to children in Rosh Ha’Ayin and letters to IDF soldiers in a “New Orleans Children’s Letters to Israel Campaign.” Letters and drawings can be dropped off or sent to the school, and they will be sent to Israel as long as the school keeps receiving them. The first batch is scheduled to be sent on July 28.

Last week, students at Birmingham’s N.E. Miles Jewish Day School made posters to support a Day School alumnus, Asaf Stein, who is fighting with the Golani Brigade in Gaza. The students and parents then went to the Stein house to deliver the posters and show support. Asaf’s mother, Susan, teaches at the Day School.

Two days later, community members made cards at Knesseth Israel for wounded soldiers. KI Rabbi Eytan Yammer left for a week in Israel the next morning.

Other rallies have taken place in the region. Atlanta had about 500 split into competing rallies on July 25, with pro-Israel and pro-Palestinian groups on either side of Marietta Street outside CNN headquarters.

At the end of a pro-Palestinian rally in Atlanta on July 12, a Christian supporter of Israel was in a skirmish with about 30 pro-Palestinian protestors, the Atlanta Jewish News reported. Protests against Israel’s actions in Gaza have also taken place outside the Consulate offices.

For the July 25 pro-Israel rally, the Georgia Security Forces, members of 2 Million Bikers to DC and the Georgia Patriots Brigade were to be on hand to “use the Second Amendment to protect the First.” A group of bikers from Opelika planned to attend.

The Atlanta Federation hosted a rally on July 23 that drew about 1,000, including Mayor Kasim Reed.

The Nashville Jewish community held a rally at the Gordon Jewish Community Center on July 23, drawing several hundred to a standing room only event.

There have been a couple of peace protests in Nashville that, according to the Tennesseean, drew fewer than 100 participants each time.

In Huntsville, the Islamic Center held a candlelight vigil at Big Spring Park on July 25. The next morning they went to the “Peace Corner” to demonstrate with the North Alabama Peace Network, which has a history of anti-Israel activism.

Students for Justice in Palestine are planning a demonstration in New Orleans on Aug. 1. “A Streetcar Named Gaza” will take place starting at the Canal and Carrollton Streetcar stop at 7:30 p.m., gathering supporters along the route to Canal and Decatur. There, a walking vigil will begin at 8:30 p.m. and end at Mona’s Café on Frenchman.

Organizers say they will “incorporate the history of southern civil rights movements, the unique character of New Orleans, and the need to expose this conflict… This will be an experiment in radical occupation of public space, with the goal of uniting New Orleanians in solidarity for Palestine.”