Though too late for him, Huntsvillian fights to expand medical use of CBD oil 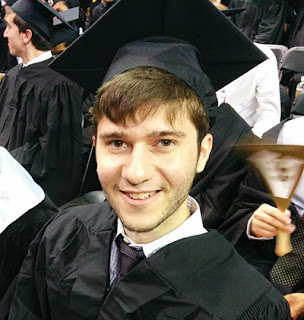 On April 1, after a major public push, Governor Robert Bentley signed what is known as “Carly’s Law,” allowing the use of cannabidiol, known as CBD oil, a derivative of the plant that marijuana comes from, in treating children with “debilitating” epileptic seizures.

While that was going on, Huntsville’s Itamar Shapira was dealing with his own debilitating condition, one that could have been helped by CBD oil, but because he was diagnosed with ulcerative colitis, not epilepsy, he could not legally obtain the substance.

Now he is looking to draw attention to other uses for CBD and push for its legalization, even though his condition has deteriorated beyond the point where CBD would have helped.

Shapira was diagnosed with inflammatory bowel disease last September, just after Rosh Hashanah. By January he had ulcerative colitis, a painful disorder which produces ulcers in the colon that make it difficult for the body to absorb food.

It is one of the genetic diseases that is common to Jews of Eastern European descent. Shapira, now 21, moved to Huntsville from Israel with his family when he was two.

Shapira was a cross-country runner at Grissom High School, but his condition has made it difficult for him to get around.

He studied biomedical engineering at Vanderbilt, finishing his degree in three years because “I wanted to go out and do something with my life.” Instead, his diagnosis was “a big blow… instead of doing what I wanted, I came back home to be sick.”

With his background, he knew that his early treatments would not be effective. He researched his condition during the school year and came across information on CBD oil in treating colitis. Research on CBD has been taking place in Israel for decades, showing a reduction of inflammation in the colon with no side effects, and a beneficial effect on other drugs used to treat the condition. The research “was very impressive,” he said.

The oil is derived from a variety of the cannabis plant, generally hemp, but has no psychoactive properties. He said while medical marijuana contains CBD, CBD “unto itself does not contain any medical marijuana.”

Because marijuana can contain CBD, access to CBD oil is less important in states where marijuana is legal.

Ironically, one can currently buy CBD as a non-medical nutritional supplement. Shapira said he can buy hemp oil online, but while it contains CBD it is in a very low concentration and as such is not practical for his needs.

The problem is that “the legal status is so murky, it’s not about what the law is but how it is enforced.” He could get stopped and arrested for having CBD, depending on prevailing attitudes in the jurisdiction.

Carly’s Law set up a study at the University of Alabama at Birmingham, through which children with debilitating epileptic seizures can obtain the oil. The law expires in five years, and the study is set to begin this fall after UAB gets Federal approval. Until then, no CBD oil can be distributed to any of the children who have signed up.

The bill also states that parents and caregivers of children in the study can not be prosecuted for possession of CBD oil, but that protection is not extended to anyone else.

While the bill is a start, Shapira said the study is not “an academic pursuit, it is a political tool” to “get these kids CBD.

“The research is out there,” Shapira said. “Alabama does not need to start researching CBD.”

When Carly’s Law was being debated, Dustin Chandler, father of the girl for whom the law was named, said “With UAB behind this study there is no doubt they will find CBD oil to be useful not only in epilepsy, but other disorders as well. There is still work to be done even if the bill passes. This is a bigger step in the right direction than anyone believed could happen.”

With Alabama being in the heart of the Bible Belt, many thought the chances of any law allowing for any medical use of cannabis would be impossible. Chandler noted “Carly’s Law is better than anyone could have imagined not only for the people wanting to use CBD oil, but also for the state. Alabama can lead the way in finding many uses of this true medicine.”

Rep. Mike Ball, who fought to get the law passed, has said the bill’s scope had to be narrowed to get anything passed, and he hasn’t seen a good reason why CBD should be illegal.

Shapira said at this point, use of CBD oil is probably too late for him. “This treatment takes a long time,” and while he is currently doing better thanks to a new antibiotic, he has been told the effect is likely temporary and in a couple of months he will face surgery.

Shapira is continuing the CBD fight because “there are other people with IBD, MS, even milder cases of epilepsy. Children who don’t qualify for the study can’t get access to this. And that’s ridiculous.”

Shapira has tried to get meetings with Governor Robert Bentley and Attorney General Luther Strange, unsuccessfully thus far.
“If Moses can argue with God, why should I not argue with the governor?” Shapira asked.

While he wants to see the legislature expand legal availability of CBD oil — preferably by allowing doctors to prescribe it — “if I do nothing else with this, I want to show people the face of one person who could have benefited from this.”