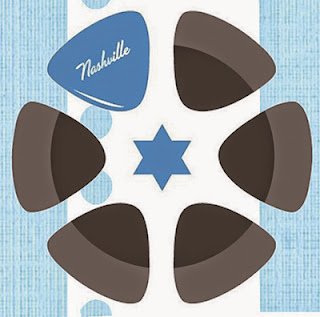 For the 14th year, the Nashville Jewish Film Festival will present a range of movies depicting the broad scope of Jewish experience.

A program of the Gordon Jewish Community Center, the festival brings educational, entertaining and thought-provoking Jewish-themed films to the Nashville Community and the region. Along with special guests, panels, and Opening and Closing Night celebrations, the festival is an annual event dedicated to the awareness and celebration of Jewish life in contemporary society.

Through the screening of both feature films and documentaries at several venues over an 8-day period the festival attracts an audience of over 1000 people.

Screenings are at the Belcourt Theatre in downtown Nashville, the Noah Liff Opera Center and the GJCC, and the Franklin Theatre in downtown Franklin. Tickets are $10, $8 for seniors and $5 for students with ID. An all-festival pass is $200 and is good for all films and special events. Tickets may be purchased at the Belcourt and Franklin Theatre websites.

The film details the story of a Stradivarius violin that was stolen from musical prodigy and Israeli Philharmonic founder Bronislaw Huberman in 1936 from Carnegie Hall. It was rediscovered in 1985. Disturbed that such an instrument would remain silent, virtuoso Joshua Bell purchased the Huberman Stradivarius and now plays it during his concerts.

On Nov. 6 at noon, “Marvin Hamlisch: What He Did For Love” will screen at the GJCC. With exclusive access to Hamlisch’s personal archival treasure trove and complete cooperation from his family, Dramatic Forces and THIRTEEN’s American Masters explore his prolific life and career. The film debuted on PBS last December.

On Nov. 6 at 7 p.m., “Aftermath” screens at the Belcourt. The 2013 Polish film is the story of brothers who are sons of a poor farmer. In the 1980s, one of them immigrated to the United States and cut off all ties with his family, returning only when his brother’s wife shows up. He discovers his brother has been ostracized from the community and threatened, and they eventually uncover a dark secret about their family and hometown.

The film won the Yad Vashem Chairman’s Award at the Jerusalem Film Festival. Polish nationals have accused the film of being anti-Polish propaganda, as well as a distortion of a sensitive piece of Polish history, leading the film to be banned in some Polish cinemas.

On Nov. 8 there will be two films at the Belcourt — “It Happened in Saint Tropez” at 6 p.m. and “Peace After Marriage” at 8:10 p.m. “Saint Tropez” is “a veritable chocolate box of family dysfunction,” opening with a wedding and a funeral, as well as an extreme case of sibling rivalry between austere religious violinist Zef and his brother Roni, a lapsed Jew and hedonistic gem mogul.

“Peace After Marriage” is an ethnic comedy about a Palestinian in Brooklyn who bargains his U.S. citizenship into a marriage with a woman looking for a green card, never expecting that he would wind up marrying an Israeli.

The festival’s religious school screening will be “The Other Son,” about two young men, one Israeli and one Palestinian, who discover as the Israeli prepares to go into his military service that they were switched at birth. Which is more disturbing to the families — that their sons were raised by the enemy or that they were raised in a different religion? The screening will be at the Belcourt at 9 a.m. on Nov. 9.

At 4:30 p.m., “Go Go Boys” will be screened. It is the story of two Israeli-born cousins who produced over 300 films and became the most controlling independent film company in the world, Cannon Films.

At 7 p.m., “The Jewish Cardinal” tells the story of Jean-Marie Lustinger, the son of Polish-Jewish immigrants who converted to Catholicism and eventually became Archbishop of Paris, while maintaining a Jewish cultural identity. He wound up being a mediator between the communities when a group of Carmelite nuns wanted to build a convent at Auschwitz.

The Monday Matinee Box Lunch on Nov. 10 precedes a 12:15 p.m. double-feature of “The Lady in Number 6” and “The Sturgeon Queens” at the Belcourt. The $25 admission includes both films and a box lunch from Jason’s Deli at 11:30 a.m.

“Number 6” is an Oscar-winning documentary about Alice Herz Sommer, a 109-year-old Holocaust survivor and the world’s oldest pianist, discussing her story on how to achieve a long and happy life.

“Sturgeon Queens” is about four generations of a Jewish immigrant family and how they maintain Russ and Daughters, a Lower East Side lox and herring emporium.

At 7 p.m., “Under the Same Sun” will screen at the Belcourt. It follows a Palestinian businessman and an Israeli businessman as they try to forge a business relationship, dealing with unique personal and political challenges in a society where there is a strong stigma about working with “the other.”

“Magic Men,” at the Belcourt on Nov. 11 at 7 p.m., is about the journey of a 78 year old man and his religious Chasidic rapper son to Greece, searching for an old magician who saved the father’s life.

On Nov. 12, the Belcourt will screen “Little White Lie” at 7 p.m. Lacey Schwartz grew up in a typical Jewish home in New York though often was asked how she had such dark skin. At 18 she found out it wasn’t because of a Sicilian grandfather but because her mother had an affair with a black man. After her biological father dies, she starts to try and reconcile her identities.

“Above and Beyond: The Birth of the Israeli Air Force” will screen at the Franklin Theatre on Nov. 12 at 7 p.m., and Nov. 13 at 7 p.m. at the Belcourt. The documentary details how Jewish American pilots smuggled planes from the U.S., trained in Czechoslovakia and flew to Israel to fight in the 1948 War of Independence. Producer Nancy Speilberg will be at both screenings.

The closing night film will be Nov. 15 at the GJCC. A supper and wine bar will be available at 6 p.m., with admission at $35 per person including the film.

“Quality Balls: The David Steinberg Story” will screen at 7:30 p.m. Steinberg directed some of the most successful situation comedies of the last 20 years, including “Seinfeld,” “Mad About You,” “Golden Girls” and “Curb Your Enthusiasm.” Backstage stories are told by Jerry Seinfeld, Larry David, Larry Charles, David Bianculli, Bob Einstein and others.

Registration for the dinners and the box lunch are required by Oct. 28.