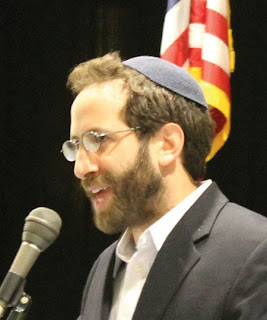 Several national figures will be in town for the installation of Rabbi Gabe Greenberg at Beth Israel in Metairie.

The installation will take place during a fundraising gala at the Audubon Tea Room in New Orleans on Nov. 2 at 11:30 a.m.

Rabbi Avi Weiss, founding president of Yeshivat Chovevei Torah, a modern Orthodox seminary in the Bronx, will be one of the guest speakers. Weiss announced on Oct. 16 that he is stepping down as the long-time rabbi of Hebrew Institute of Riverdale. He stepped down as head of the yeshiva last year.

Weiss’ successor at YCT, Rabbi Asher Lopatin, will also give remarks at the event. Allen Fagin, executive vice president and chief professional officer of the Orthodox Union, will also speak.

Also on the program is New Orleans native Richard Stone, the Wilbur Freidman chair in tax law at Columbia Law School. He is also immediate past chairman of the Conference of Presidents of Major American Jewish Organizations.

Greenberg was named rabbi of Beth Israel in 2013, succeeding Rabbi Uri Topolosky, but he had another year on his commitment as rabbi and senior Jewish educator at the Hillel of University of California at Berkeley. He arrived in New Orleans permanently this summer.

Tickets to the Nov. 2 event are $100 per person or $180 for two. Individual and table sponsorships along with commemorative event journal ads of various sizes were also available.