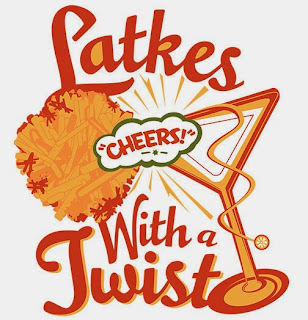 Jewish Children’s Regional Service will host “Latkes with a Twist,” a community-wide Chanukah celebration, on Dec. 11 at 8 p.m. at Bellocq at The Hotel Modern. The event will go on as planned though there was an Israel Bonds event featuring Israeli Ambassador Ron Dermer scheduled for 7 p.m.

The evening will feature live music by Mark Rubin, a past JCRS aid recipient and member of the Austin Music Hall of Fame, a complimentary latke bar by Chef Alon Shaya of Domenica, drink specials and a silent auction.

Funds raised through the event will support the PJ Library program, which provides free monthly gifts of books and music to Jewish children through age 8. In addition, proceeds from the event will enable JCRS to directly assist greater numbers of vulnerable Jewish youth and families with college aid, Jewish summer camp grants, and assistance to families with children with special needs.

Sponsors to “Latkes with a Twist” include Bellocq, Domenica, Herman Herman & Katz, The Hotel Modern, Rubensteins, Sazerac and Wisznia.