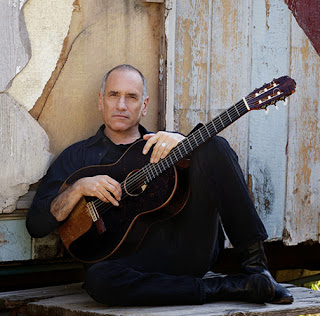 One event, the appearance of author Tova Mirvis on Dec. 11, had to be rescheduled when it was learned that Israeli Ambassador Ron Dermer would be speaking at the Uptown JCC that evening. As of press time, the Mirvis appearance had not been rescheduled.

One of Israel’s best-known singers and songwriters, Broza’s music fuses the three countries where he has lived — Israel, England and Spain. He is also known for humanitarian activism, especially in the Israeli-Palestinian conflict.

Broza is currently touring for his latest album, “East Jerusalem West Jerusalem,” presenting the story of the album that was made in the East Jerusalem, Palestinian studio Sabreen, with Israeli, Palestinian and American musicians and produced by Grammy winner artist Steve Earle along with some tracks produced by Steve Greenberg. Four days after the New Orleans concert, a film based on the album will screen in Jerusalem. It has already been screened at a couple of festivals in the U.S.

His hit song “Yihye Tov” (It will be good), written after the Camp David peace accord with Egypt, has become the anthem of the peace process and was included on the “Shalom Chaver” CD that was released after the assassination of Prime Minister Yitzhak Rabin.

Broza was awarded a Spanish royal medal of honor by Spain’s King Juan Carlos I, for his longtime contribution to Israel-Spain relations and his promotion of tolerance.

The concert is free and open to the community, and a reception will follow.