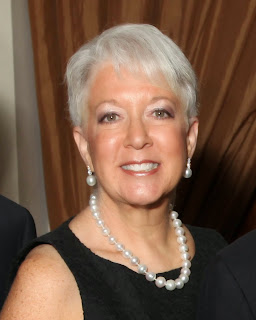 Roselle Ungar has been hired as the new executive director of Jewish Family Service of Greater New Orleans, starting her new position on Jan. 28.

A New Orleans native, Ungar was approved at a board vote on Jan. 21. She had been serving as president of the agency, and as a result of the vote, Julie Wise Oreck became the new president.

In recent months, Executive Director Michael Steiner was on leave due to medical reasons. He had been hired by the agency to succeed Deena Gerber, who retired in June 2013 after 19 years of leading the social-service agency.

“We formed a committee to conduct a search, but then received a resume from a candidate who was so exceptionally qualified and surpassed the credentials of anyone we could have potentially recruited,” said Oreck. “We are thrilled with this selection and know that Roselle will be a superlative leader for the agency.”

Ungar was assistant executive director at the Jewish Federation of Greater New Orleans from 1997 to 2006. Most recently, she has been the owner of Strategic Nonprofit Consulting, speaking and training across the country. She has also been the director of community and philanthropic affairs at Crescent Bank and Trust.

Ungar graduated as an R.N. from the Touro Infirmary School of Nursing. In 2008, she received her Certified Fundraising Executive designation and is one of only 4,127 individuals in the United States to hold this credential.

Ungar is also a former national vice president and current national board member of Hadassah, and co-chaired the 2014 national convention in Las Vegas. She also is a past president of Beth Israel Congregation.

“It is such an honor for me to take on this role,” Ungar said. “JFS is an agency that changes people’s lives and I look forward to being a part of making a difference through this organization’s great work.”