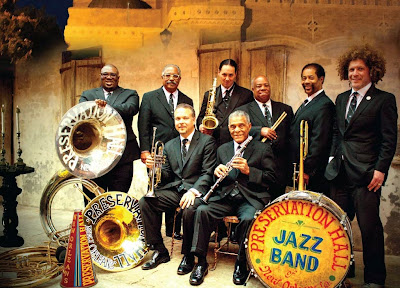 JazzFest Shabbat has been celebrated by Touro for over two decades, bringing together Judaism with jazz. The service is open to the community, and has attracted some of New Orleans’ most notable musical names. Previous headliners include Jeremy Davenport, Kermit Ruffins, Marcia Ball, Allen Toussaint, Irma Thomas and John Boutte.

The Shabbat service, which is free and open to the community, will be at 7:30 p.m. The event is always popular with out of town visitors to JazzFest, which runs from April 24 to May 3 this year.

For those who are unable to attend in person, this year the event will be broadcast for the first time through live-streaming online at the congregation’s website.

A patron’s party and private concert starts at 6 p.m. The patron dinner is at 6:30, and patron levels include reserved seating for the Shabbat service. Patron levels range from $150 to $1000 per person, or $50 for children accompanied by an adult patron.

As part of the performance, two choral arrangements by music composer and producer Toby Singer, commissioned specifically for Touro Synagogue, will have their world debut.

The band is an outgrowth of Preservation Hall, which began in the 1950s as an art gallery. Because the gallery kept owner Larry Borenstein from attending jazz concerts, he started inviting musicians to have rehearsals at the gallery. Jazz fans gravitated to the space because at the time there were relatively few venues doing traditional jazz.

Allan and Sandra Jaffe visited New Orleans in 1960 and followed musicians to the gallery. They were attracted to the music and moved to the city. Borenstein moved the gallery next door and the Jaffes ran Preservation Hall as a concert space.

The new venue drew national attention, and in 1963 the Preservation Hall Jazz Band made its first tour, which was a success.