Celebrating Israel’s 67th in the South 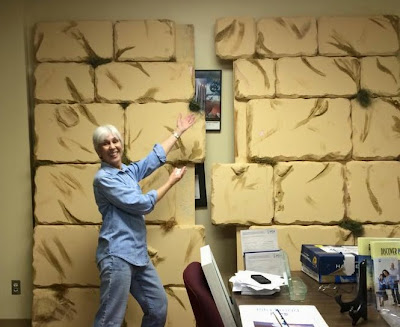 The Jewish Federation of Central Alabama will have a Celebrate Israel 67 community-wide festival on April 19 from 4 to 7 p.m. The event will be at the Wynlakes Golf and Country Club in Montgomery.

“We are thrilled to celebrate Yom Ha’atzmaut once again in Central Alabama with ISRAELfest67 and mark a happy occasion for Israel and our local Jewish community,” said Anna Bern, executive director of JCFA. “This event represents the coming together of our local Jewish community, larger faith-based community, Israeli families who currently call Alabama home and many others who feel passionate about Israel. We are coming together in a nonpolitical, inclusive moment to say, ‘We support you, Israel, and we are grateful for all you have accomplished and contributed to the world over the past 67 years!’“

The event will feature a variety of traditional Middle Eastern food; a salute to outstanding leaders dedicated to Israel; craft activities and moon walk for the kids; merchandise and door prizes.

There will also be live entertainment by the Israeli band “Illusion.” Barak Levy, the community shaliach for Montgomery, will reunite with his former Israel Defense Forces band members, Lior Peretz and Stav Kurzburg, for the performance.

“There is a special bond between the Nation of Israel and people of all faiths who believe in the importance of the existence of the Jewish State,” said Levy. “Celebrating Yom Ha’atzmaut is a way for us as a community to express solidarity with Israel. We hope the community will join us to experience the sights, sounds and spirit of Israel with an evening of fun for the whole family!”

Tickets are $15 in advance for adults, free for children under 12. Reservations are requested by April 10.

The New Orleans Jewish community will have a celebration of Israel at the National World War II Museum with the screening of “Above and Beyond,” Nancy Spielberg’s documentary about the formation of Israel’s Air Force in 1948. American pilots from World War II, many of whom were not Jewish, volunteered to fly salvaged Nazi aircraft to help Israel in its fight for independence.

The April 22 event will begin with a 5:30 p.m. reception, followed by Spielberg’s talk at 6:30 p.m. The film will be screened at 7 p.m. A question and answer session will follow the film.

The Greater New Orleans Rabbinic Council will lead an Israeli Memorial Day commemoration as part of the evening. The reception is catered by Casablanca.

The event was sold out as of April 16, a waiting list is being kept at the Federation.

Springhill Avenue Temple in Mobile will have a Yom Ha’Atzmaut service on April 24 at 6 p.m., with guest speaker Arad Lerner, the community’s Shaliach.

Birmingham’s Levite Jewish Community Center will have a Birmingham Celebrates Israel event on April 26 from noon to 3 p.m. The event will include a decorated bike parade, with participants bringing their own bikes.

Traditional Israeli foods will be on sale, there will be interactive activities, face painting and a children’s zone. There will also be Israeli dancing and music by Shout Out Entertainment.

Pensacola will have a musical celebration of Israel Independence Day on April 29 at 6 p.m., at Creative Learning Academy. Barak Levy and bandmates from IDF band “Illusions,” who reunited for the Montgomery event on April 19, will perform.

The Mobile Area Jewish Federation will have its Israel birthday celebration on April 30 at Springhill Avenue Temple. A memorial service will be at 5:30 p.m., followed by the celebration and dinner at 6 p.m. There will be an Israeli barbecue dinner, activities for children, a raffle and a performance by Halehaka, a band from the Israeli Defense Force. There is a requested donation of $10, free for children under 5.

Memphis Friends of Israel announced that their annual Israel festival will be on June 7 at Audubon Park. The annual festival and 5-kilometer walk attracts thousands each year.