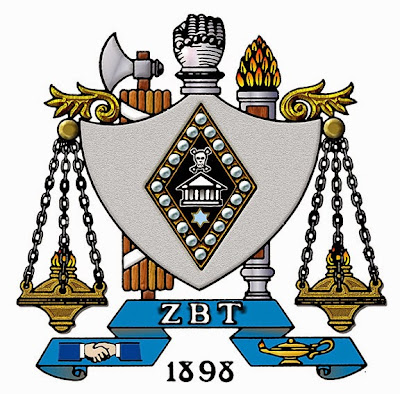 The Zeta Beta Tau fraternity chapter at the University of Florida was shut down on April 28 after allegations of misconduct toward wounded combat veterans in Panama City Beach.

About 60 veterans were attending the Warrior Beach Retreat and staying at the Laketown Wharf in Panama City Beach.

The ZBT members were attending their spring formal on April 17 when some members started yelling at the veterans, spitting at them, throwing beer bottles and tearing flags off of their cars. There are also allegations that fraternity members urinated on American flags.

While police were called, no police report was filed and the hotel management was allowed to remedy the situation, which they did by kicking out the fraternity.

Initial reports included allegations against ZBT members from Emory University, who were also at the formal. The Emory chapter, which suspended all activities on April 23, issued a statement saying that none of its members participated and they were “shocked to learn of the atrocious acts” from that evening.

After the investigation, Emory ZBT stated, “We have found no evidence that members of our fraternity were involved. If information implicating any member of our organization arises, we will hold those individuals fully accountable.” The university also said it had investigated and did not find evidence of involvement by Emory students, but would also hold any such student accountable if there is any evidence.

Nevertheless, a veteran’s group is organizing a protest against Emory ZBT on May 5.

The Florida chapter was already on probation for hazing last fall. After receiving information about the incident, the university charged the fraternity with obscene behavior, public drunkenness, causing physical or other harm, theft and property damage.

The fraternity has been renting the former Sigma Phi Epsilon house, which had been closed in 2013 after misconduct allegations. Because of death threats, campus police have been posted at the house.

The university and national ZBT worked together to decide on closing the chapter.

In a statement announcing the closure, ZBT International said “In the course of dual investigations, ZBT and the University of Florida have found additional evidence of behavior from some members that falls well below the standards of both organizations. While investigators have not yet found conclusive evidence regarding some of the more egregious allegations, it is clear that students made irresponsible decisions and behaved in ways that are unacceptable and disrespectful.”

ZBT International Fraternity President Matthew J. Rubins said “We are absolutely disgusted by the accusations that have been made regarding the behavior of members of this chapter. ZBT has a long history of serving our country, with brothers currently serving in all ranks of the military.”

He added, “ZBT will work diligently to demonstrate that the alleged behavior of a few does not represent the values of the many.”
ZBT International has hired an independent investigator to determine what happened.

Warrior Beach Retreat Founder Linda Cope said the incident was “very disheartening” but she was proud that the veterans “kept their cool” despite the provocations. She added that the fraternity members clearly had too much to drink, contributing to the incident.

The Panama City Beach Police Department has since stated they will conduct a criminal investigation against fraternity members.

University of Florida President Kent Fuchs said he was “saddened and disappointed by the reported mistreatment and disrespect of our military veterans. Our university has always honored, and will always honor, the service of veterans.”

The vice president of student affairs, Dave Kratzer, promised the university would work “quickly and appropriately” to respond to the incident. Kratzer is a retired U.S. Army general and combat veteran.

He noted that the “actions of a very few people” have “cast a very negative light” on the university.

ZBT International Executive Director Laurence Bolotin said the international group has reached out to Warrior Beach Retreat to make amends, and that ZBT will turn this into an educational opportunity. As hundreds of ZBT alumni are veterans, the fraternity will turn to them to lend “their knowledge and expertise to the education of ZBT brothers. We believe they have much to teach all of us about leadership, accountability and service.”

Many members have also expressed a desire to make amends and “better reflect our fraternity’s values and our gratitude for those who have served our country.” The first step will be using an upcoming day of service to work with veterans’ organizations. “We intend to make it an annual event,” Bolotin said.