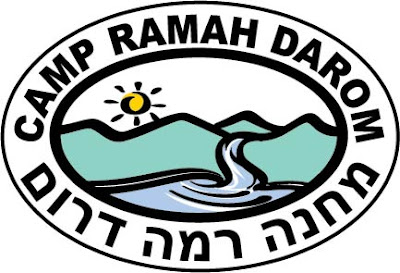 The first day of camp can be hectic, but for Ramah Darom, the Conservative movement’s summer camp in north Georgia, it was even more so this year.

On the first day of camp, June 9, about 150 campers arrived at the Atlanta airport. While they were brought to camp on buses, the luggage was in a separate truck, which caught fire on the highway.

The truck was able to be moved to the shoulder of the highway and the three staffers were not injured, but some bags were burned while most others were saturated by water and had a smoky odor. About 90 percent of the bags had no physical damage beyond water.

All affected campers were provided with bedding, some clothing and essential items for their first nights of camp. The day after the fire, camp staff sorted through 300 bags, returning anything that did not require further processing and working to contact families individually about the condition of their bags.

In all, over 10,000 items had to be processed and professionally cleaned, with the last of the items reaching camp on June 17.

Camp Director Geoff Menkowitz noted as Shabbat approached on June 12 that there is a tradition among campers of sharing clothes for Shabbat, so this time it was on a somewhat larger scale.

Bags that suffered fire damage were taken to a restoration company for evaluation, and the camp was working on a bulk source for luggage to replace anything damaged beyond repair.

The camp is now working on the procedures for filing claims with their insurance carrier over lost items.

Menkowitz said “As I have watched our staff rally and respond to this challenge, I have been filled with a profound sense of appreciation for strength of our Camp community.”