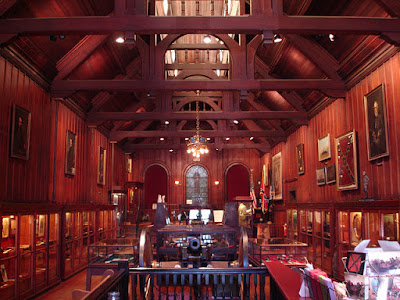 Inside the Confederate Memorial Hall Museum in New Orleans

Several New Orleans rabbis are among those who signed an open letter supporting the removal of Confederate monuments around the city.

On Aug. 20, many representatives of Clergy for a United City gathered outside First Grace United Methodist Church — which is on Jefferson Davis Parkway — and spoke about the meaning of those symbols in wake of the church shooting earlier this summer in Charleston, S.C.

The New Orleans City Council voted to seek the removal of Confederate monuments after the Historic District Landmarks Commission and the Human Relations Commission recommended that the Battle of Liberty Place, Robert E. Lee, P.G.T. Beauregard and Jefferson Davis monuments be removed. The clergy called the statues “living links to past crimes against our common humanity.”

The open letter noted that “For some, the confederate (sic) monuments are symbols of our history that ought to be preserved. For many others, these symbols are living reminders of slavery, our segregationist past and the still bleeding wound that is systemic racism.” Because of the “power of symbols,” the clergy support their removal. They also noted how many of their predecessors had been involved in the efforts to establish those monuments.

Currently, they stated, the lack of context around the monuments means they “reflect a deafening silence about Jim Crow culture” and do not teach about the past.

They urge that the statues be placed “in museums where context and education may be given” instead of in the “public line of sight.”

To celebrate New Orleans’ culture and history, they urge honoring those who have achieved prominence in the arts, music and industry to “celebrate our life together in our sacred city.”