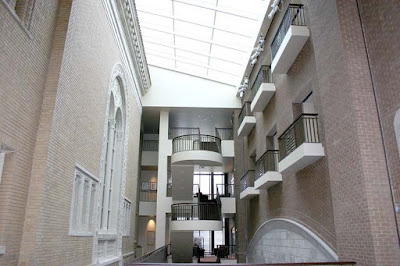 A former accountant at Birmingham’s Temple Emanu-El pleaded guilty to taking $41,098 from the congregation.

In a July 28 plea agreement with the U.S. Attorney’s office, Charles Collins pleaded guilty to one count of wire fraud on Sept. 1. He will be sentenced on Dec. 4.

Collins was accounting manager at Emanu-El from 2008 to November 2013. According to the charges, he started conducting unauthorized transactions in July 2012 to obtain funds from Emanu-El’s bank account for his use, recording the transactions as payments to vendors.

Michael Koslin, president of Emanu-El, said the fraud had not been previously disclosed to the congregation because there was an active investigation, and on the advice of attorneys.

“Fortunately, our insurance covered most of our actual loss, but our Congregation did incur expenses related to deductibles and forensic accounting,” he said. Those costs have already been handled, he added.

The congregation has instituted “additional safeguards” to keep this from happening again, and some of those safeguards were mentioned at last year’s town hall meetings.

As part of the agreement, Collins will forfeit an amount equal to what he took.