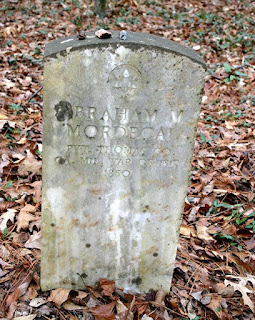 Abraham Mordecai’s grave in Dudleyville, Ala.

Susannah Heschel, daughter of Rabbi Abraham Joshua Heschel, will speak about her father’s legacy at a program in Montgomery that will honor two important Abrahams in Alabama history, both of whom are from the people of Abraham.

Redigging the Wells, “a Biblical prayer based strategy for Spiritual transformation” to bring “healing to the land and people in our region” will honor Heschel and Abraham Mordecai at its Sept. 12 event. On Sept. 13, the group will “honor the Fatherhood of God in Public Worship” in a Christian worship procession “as the Hebrew New Year begins.”

Paul Hughes, who is heading the Redigging the Wells initiative, said the program is the fourth in a series of gatherings “in the spirit of the four wells dug by Abraham, then re-dug by Isaac in Genesis 26.”

The programs are designed to bring together different groups in a spirit of unity and reconciliation.

With the Sept. 12 program, Hughes said “we want everybody to know Jews have been a part of Alabama before Alabama, and to celebrate that deep root of Jewish presence in Alabama, those who came and shaped Alabama history.”

The Sept. 12 event will be from 1 to 3:30 p.m. at River City Church on Dexter Avenue. The Heschel program will be at 1 p.m., followed by the Mordecai program at 2:30 p.m., with a reception between the presentations.

Heschel is well known as one of the leading Jewish thinkers of the 20th century, and for being a close friend of Dr. Martin Luther King during the civil rights movement, including marching with him in Selma. Susannah Heschel spoke at a major Jewish community commemoration at Selma’s Mishkan Israel in March as part of the 50th anniversary of Bloody Sunday.

Mordecai, on the other hand, is less well known. There is a historic marker giving his biography at Old Alabama Town in Montgomery, where he is regarded as the first permanent white settler in what became the state capital.

Born in Pennsylvania around 1755, Mordecai fought in the Revolutionary War, then wound up establishing a trading post on the banks of the Alabama River in Creek and Chickasaw territory, in what is now Montgomery. The Creek referred to him as Muccose, or Little Chief, and he often addressed them in Hebrew, hoping for a Hebrew response, as he was convinced the native Americans were part of the Ten Lost Tribes.

He married a Creek woman and shortly after hearing of Eli Whitney’s invention, brought the first cotton gin to Alabama.

In 1802 the gin was destroyed as he was attacked by a group of Coosawda tribe soldiers. Some say it was because his animals had trampled the tribe’s corn fields, while others say it was because of inappropriate attention to females in the tribe. Either way, one of his ears was cut off.

Mordecai fought with the Georgia Militia in the War of 1812, then returned to Alabama. When the Trail of Tears emptied the area, he was alone — it is uncertain whether his wife had died by then or was forcibly removed to Oklahoma, along with his children.

By 1847, the now-“eccentric” Mordecai was living in Dudleyville in a remote cabin, using a coffin he had built for himself as a table. He died in 1850 and was buried in an unmarked grave. In 1933, the Daughters of the American Revolution placed a stone at his grave, with a Star of David on it.

Robert Somerville will speak about Mordecai at the event.

Somerville is director of Awareness Ministry in Huntsville, and each year leads one of the nation’s largest Christian Passover Seders. For years he has been active in pro-Israel groups in north Alabama.

Hughes currently heads the Birmingham Prayer Furnace. For 25 years he was involved on campuses with InterVarsity Christian Fellowship. He is also very active with the pro-Israel groups in north Alabama.

Some of the previous Redigging the Wells programs lit the spark leading to this month’s event.

The most recent program was a 22-day “Prayer Tent” for “The Well of Selma,” just after the nationally-publicized 50th anniversary of the march over the Edmund Pettus Bridge and Bloody Sunday. The tent culminated in a passage over the bridge on Passover, April 4.

Last year, there was the Well of Native Honor, a program to mark the 200th anniversary of the signing of the Treaty of Fort Jackson in Wetumpka, also called the Treaty with the Creeks. At the event, Hughes became friends with Buddy Cox of Oklahoma, a Jewish man who is also Muscogee Creek.

Cox was fascinated by the story of Mordecai and hoped to be at this event, but a family health issue has prevented that.

Hughes said Cox’s grandfather had mentioned one of his ancestors was Jewish, and Cox is trying to research whether that link goes back to Mordecai. In Creek-Jewish ancestry, “there just aren’t many candidates,” Hughes said.

In 2012 the group held a worship procession in Birmingham from 16th Street Baptist Church to Railroad Park in commemoration of the 49th anniversary of the church bombing.

For the 50th anniversary, they brought together many survivors of the bombing for a program at Guiding Light Church in Irondale, “recalling memories they had never even shared.” As part of the event, those who were at the church on that day went behind closed doors to talk with each other, something they had not ever had the opportunity to do before.

Hughes’ interest in civil rights comes from his uncle, Bob Hughes, who was executive director of the Alabama Council on Human Relations, described at the time as “virtually the only channel of communication between white and Negro citizens in the state.” The family still has part of a cross that the Klan lit at their home in 1959.

Especially over the last two decades, Hughes has studied the movement, and called Heschel a “key figure” in Selma.

He was struck how often King used imagery from the Hebrew Bible in detailing the civil rights struggles, especially parallels to the Exodus story and the use of non-violence.

He used the metaphor of his organization to describe the state of relations between the black and Jewish communities today — “that well seems to have gotten corked in many ways.”

Hughes said “Honor is one of the things that restores blessing,” and through the Redigging the Wells programs, “out of Alabama, we want to see trust and relationships” out of an appreciation for shared history.